This is how the President and CEO of Mitsubishi Canada, Kenji Harada, described the arrival in the country of his new Outlander PHEV 2023. The unveiling of this new flagship model for the brand to the Canadian press took place in Vancouver in the first week of December. AutoMedia was there.

For Steve Carter, Marketing Director, this statement clearly illustrates the manufacturer’s confidence in this second generation of the Outlander PHEV: “This model brings together the two main strengths of our brand, namely our S-AWC all-wheel drive technology as well as our plug-in hybrid. He recalls in passing that after being the first to introduce a PHEV model in the segment with the first-generation Outlander hybrid in 2017, Mitsubishi is renewing its lead by being one of the first to offer a second generation, revised and improved.

The manufacturer has also moved to Canadian soil for the occasion, directly from Japan, Kentaro Honda, chief engineer of the segment, who is behind the design of the PHEV, as well as Dr. Kaoru Sawase, Ph. D., engineer in charge of the development and refinement of S-AWC technology. Both were able to testify in detail to the uniqueness of these respective technologies, which are both put to work to bring the driving experience of the new Outlander PHEV 2023 to an unparalleled level.

Carter adds: “Our dealers are not only asking for new products, but especially new products that will meet the real needs of consumers. Our new Outlander PHEV will do just that. This will be particularly true for the Quebec market, which represents nearly 45% of the brand’s total sales in the country, but also where more than 60% of first-generation Outlander PHEVs sold in Canada were delivered.

Asked about this, the co-owner and general manager of Québec and Ste-Foy Mitsubishi, François Roy, agrees: “Honestly, when you look at the quality of the vehicle’s finish, the performance of the all-wheel drive, the space for seven passengers, the subsidies that bring the price of the vehicle to a highly competitive level… I don’t see what other PHEV SUV model can really compete with us today! And with more than 500 bank reservations between his two dealerships, we can say that customers share his opinion! “All the advantages are on our side and the customers clearly demonstrate this to us; we have never seen such enthusiasm from buyers when they reserve their vehicle without even seeing it in person,” said Mr. Roy, who considers the vehicle’s build quality and superior soundproofing to be among the particularly impressive elements. of the new model.

A balanced and uncompromising vehicle

If the entire presentation to the press could be summed up in one word, it would be this: balance. Don Ulmer, Senior Director, Corporate and Product Strategy at Mitsubishi Canada, explains: “The compact SUV segment is the most popular in Canada. In producing the new Outlander, we made sure it met all of the buyers’ needs and priorities. Space and versatility for the whole family, S-AWC all-wheel drive, seven passengers, greater 100% electric range are all elements that contribute to consumer enthusiasm for the brand’s new flagship vehicle. Mr. Ulmer adds that several new features are particularly rare in the segment: “For example, the four charging options, including with a level 3 station, or the addition of the ‟innovative pedal” to manage both acceleration and deceleration with one foot, are very rare features in the segment. »

Don Ulmer also points out that once behind the wheel of the vehicle, it is very easy to find your way around, regardless of the buyer’s level of knowledge of hybrid or electric driving. “We have made sure that the vehicle is as easy to use as possible, while allowing those who wish to have more control over the various driving modes of the vehicle to be able to do so with ease. Thus, it is possible to switch between the four levels of electric driving and the seven modes of all-wheel drive with a simple command. 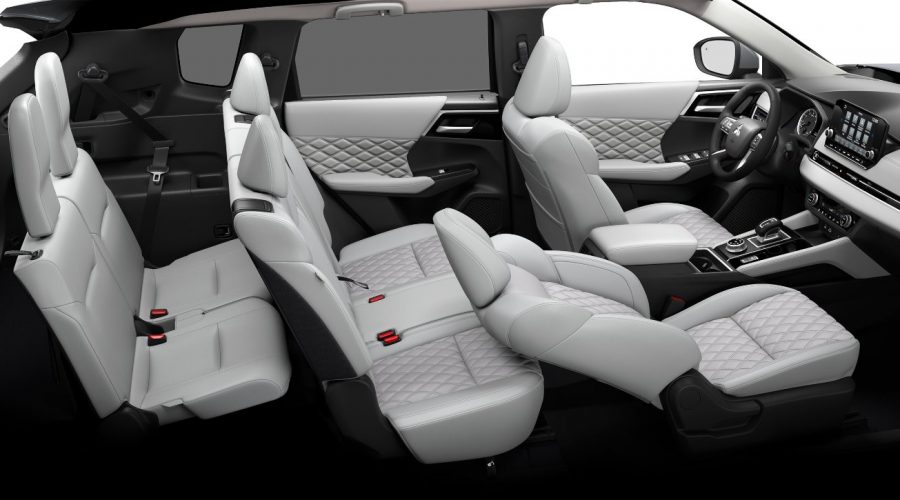 Carter is keen to point out that this is also true when it comes to vehicle range. “The Outlander PHEV makes it possible to travel in 100% electric mode, while removing the range anxiety that some buyers experience when faced with electric models. To this end, the new model benefits from a gain of 54% in its electric autonomy thanks to the 20 kWh batteries, in addition to a gain in autonomy of 33% from the gasoline engine due to the tank which goes from 42 to 56 liters.

To have been the first in the segment to offer a PHEV product represented a certain challenge in terms of the very consideration of the vehicle, which remained. But for marketing director Steve Carter, the arrival of several new competitors in the segment has been very positive: “Over the years and the arrival of several rivals, the plug-in hybrid SUV segment is no longer unknown. They have gone from a very niche product to interesting vehicles for a large number of buyers,” he says. Another very important indicator in his view: the percentage of EV sales in Canada which, for the first time, amounts to more than 8% of total sales for the first half of 2022. This constantly rising trend clearly illustrates the appetite of consumers, who are increasingly likely to consider an electric or plug-in hybrid model in their shopping process. We are talking about more than a quarter of them, for the national average. Which is certainly higher on Quebec soil.

“We know that our rivals are having difficulty meeting the growing demand for this type of product at the moment and we are making every effort to take advantage of this situation and bring as many units as possible to Canada. »

So with the increased demand for electrified vehicles and the now ubiquitous competition in the PHEV SUV segment contributing to buyer interest in these models, the stars are aligned for the Outlander PHEV to be a big hit. , and the Japanese manufacturer intends to take advantage of it. “We know that our rivals are having difficulty meeting the growing demand for this type of product at the moment and we are making every effort to take advantage of this situation and bring as many units as possible to Canada. » 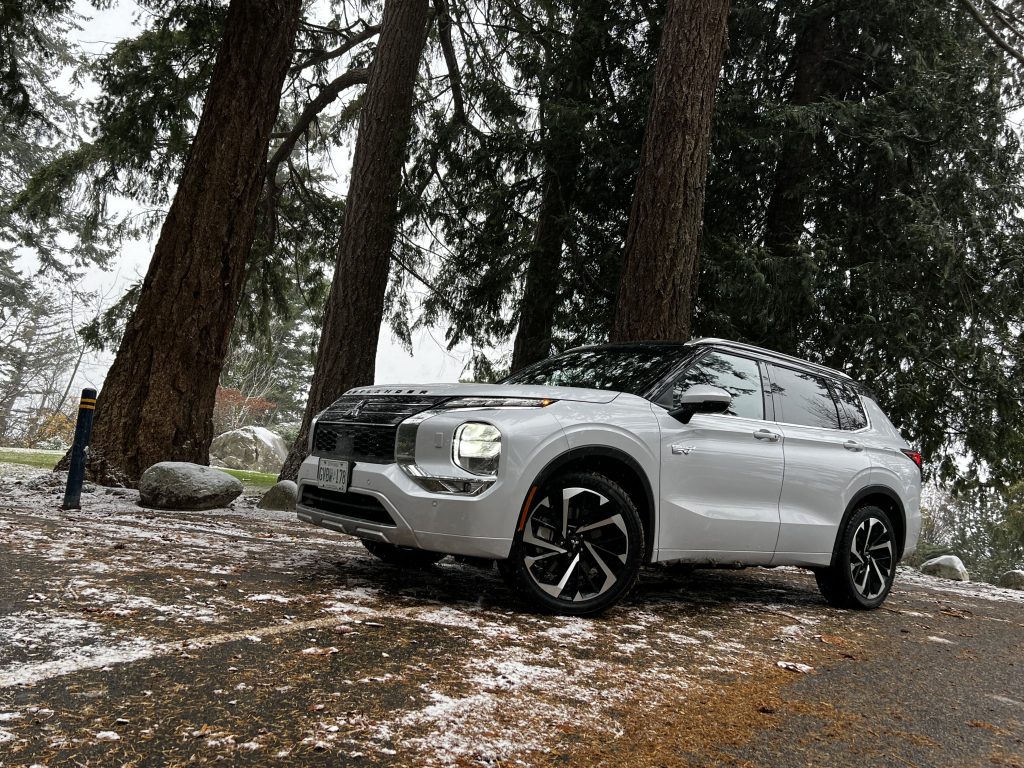 Asked about this, François Roy seemed particularly enthusiastic about the near future of this new model: “Based on the sales performance of PHEVs in previous years, the manufacturer informed us that Quebec and British Columbia were going to be favored in terms of the distribution of Canadian productions,” he says.

While 87% of sales of the first generation Outlander PHEV were to customers from other brands, all hopes are high for the brand, since many of these drivers show a strong interest in renewing their experience behind the wheel of this revised and improved version. Jean-François Cromp, sales representative at Giroux Mitsubishi, testifies: “As soon as the model was released in Japan, more than a year ago, we started getting calls from current customers who wanted to order theirs! But Mr. Cromp also has several drivers from other brands on his list. “I have several RAV4 Prime owners looking forward to their new Outlander PHEV. On the one hand, they know that it will be the reference in the segment and, on the other hand, due to the demand and the great rarity of the model they own, the change allows them at the same time to take advantage of excellent resale value,” explains the man who has been selling Mitsubishis in Sainte-Agathe since the dealership opened more than nine years ago.

Technically, the new Outlander PHEV is vastly superior to its predecessor on every level. Improved range, increased power, advanced S-AWC all-wheel drive with two electric motors and optimized torque distribution… not to mention all the improvements that already hit the market last year in the gas-powered Outlander. Having already traveled 700 km at the wheel of his own, Mr. Roy speaks with knowledge: “It’s as if we had skipped two or three generations in terms of quality and soundproofing. To the point where I have to look in the dashboard to know if the petrol engine is running or not! He adds that since the arrival of the first units in the dealership, customer reaction has exceeded his expectations. “Most have already seen the images of the exterior and are aware of the specs on paper, but when they open the door and sit in it it’s still a gigantic WOW. No one expects such a level of finish and comfort! »

Jean-François Cromp and Francis Roy also welcome the addition of a new heat pump which, unlike the previous generation model, allows you to use 100% electric mode from the start, even in winter. What the very first buyers taking possession of their Outlander PHEV will be able to appreciate from their first outings, at the dawn of the holidays!