A mysterious force causes the fall of the Moon, which threatens to crash into the Earth. Former astronaut Jo Fowler thinks she has the solution to prevent this catastrophe, but few people believe in her. Only an astronaut she once knew, Brian Harper, and a conspiracy theorist, KC Houseman are on her side. The trio will then attempt an impossible mission in space. 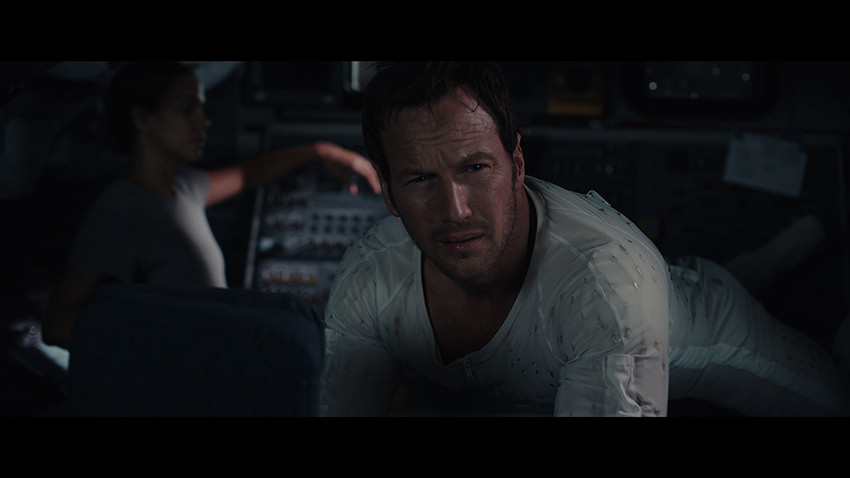 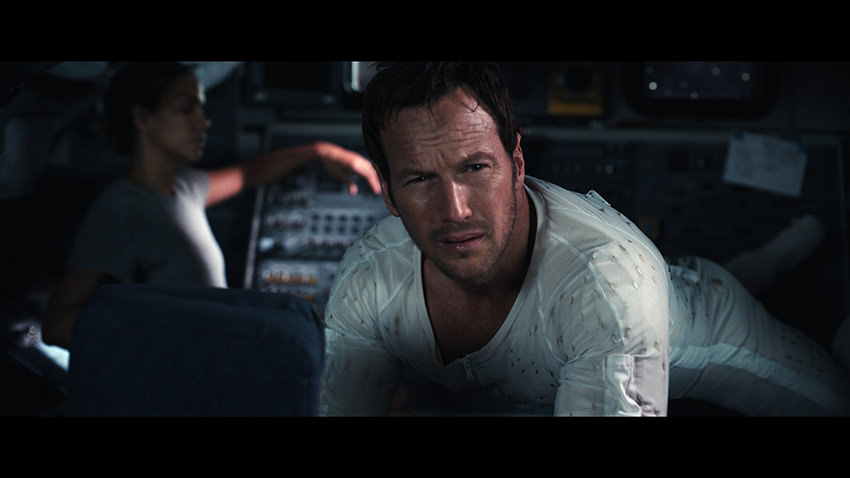 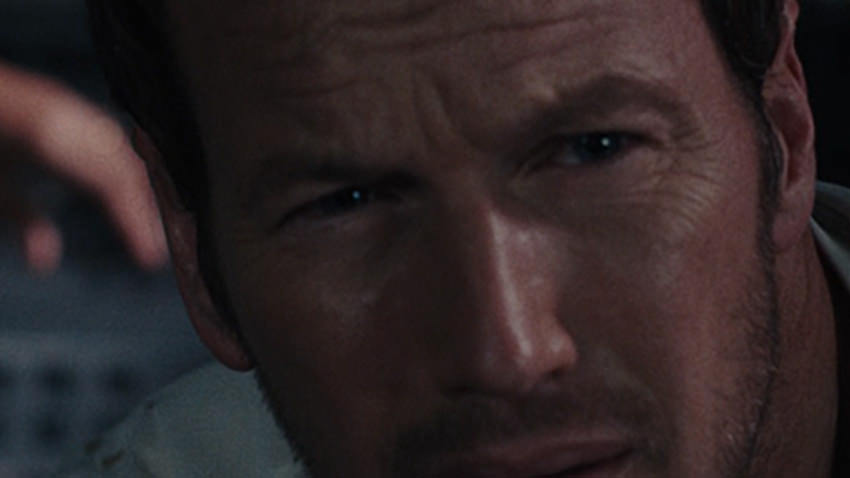 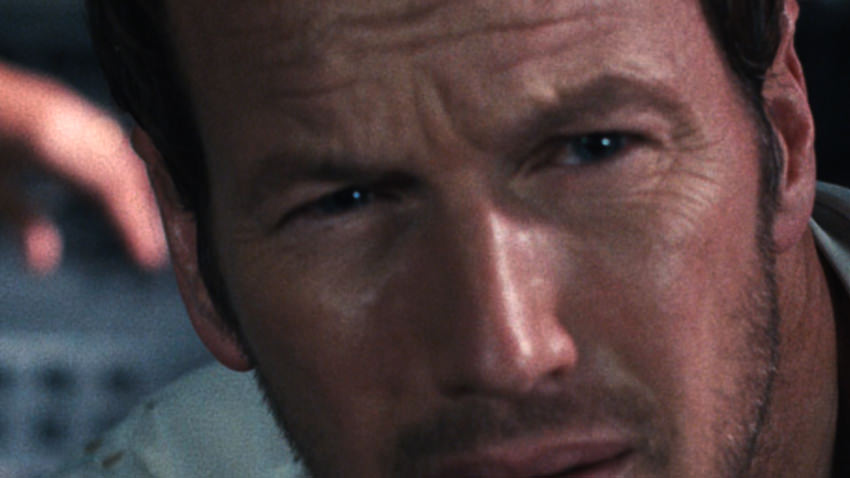 NB: Image comparisons (.jpg compression, 8-bit) are strictly for illustrative purposes and are not representative of what Ultra HD Blu-ray will display on your calibrated UHD HDR screen.

The filming of Moonfall (2022) was made digitally. Roland Emmerich used Red Monstro (8K) models. According to IMDB, the intermediate master was run in 4K with Dolby Vision HDR grading. The film respects the ratio 2.39.

The UHD edition establishes solid differences attributable above all to the HDR calibration. This is all the more striking as the SDR version of the Blu-ray single disc, with lower brightness, has a relatively grayish and darker rendering in all respects. The inaugural shots in space are the first to be illustrated by taking advantage of these high contrasts. The lights and reflections of the cosmonaut suits quickly turn out to be more sparkling, as are the display screens of the army and NASA. Peak light average was measured at a very solid 512 nits. UHD also brings out stronger colors. More confined environments or shots in low light (hotel rooms, house, shuttle) appear more generously lit, for greater readability and clarity. The contribution of pure definition is present but still seems more marginal despite the likely 4K DI. A light grain was also added in post-production and gives the images a pleasant filmic structure. It’s still a solid presentation.

In HDR10, the brightness level of the brightest pixel in the entire stream (MaxCLL) rises a solid 1261 nits. An average value of brightness peaks was measured at 512 nits. Similarly, on the entire feature film, 95.1% of the shots are composed of highlights (with a median measured at 185 nits). Regarding HEVC video compression, the average bitrate was measured at 61198 kbps and 68042 kbps (with Dolby Vision overlay). 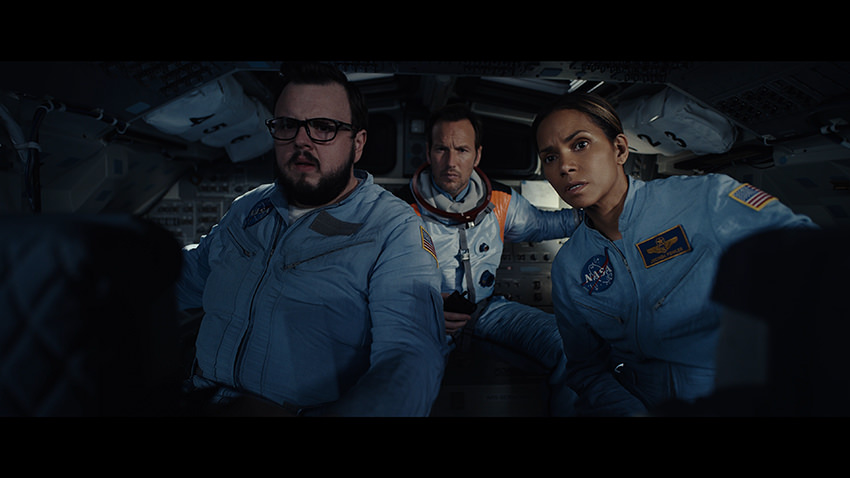 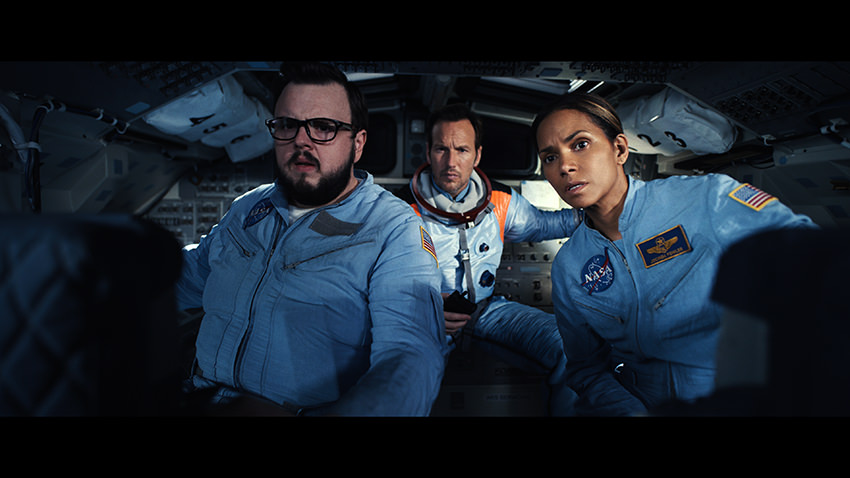 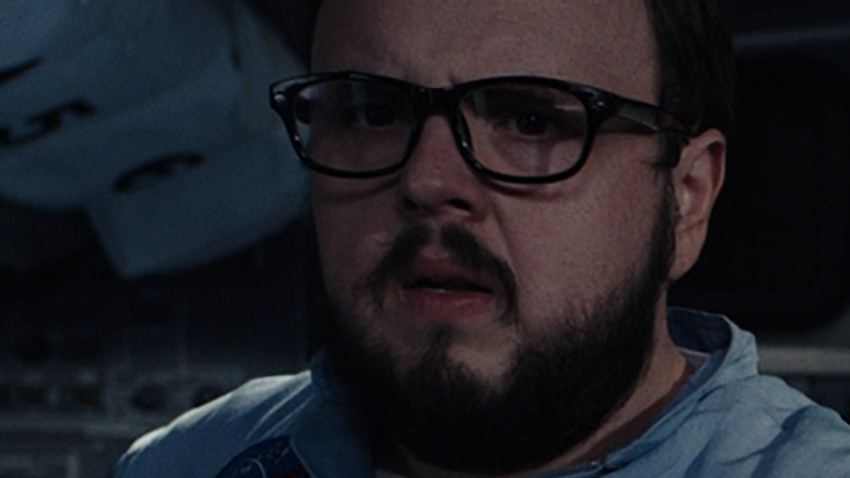 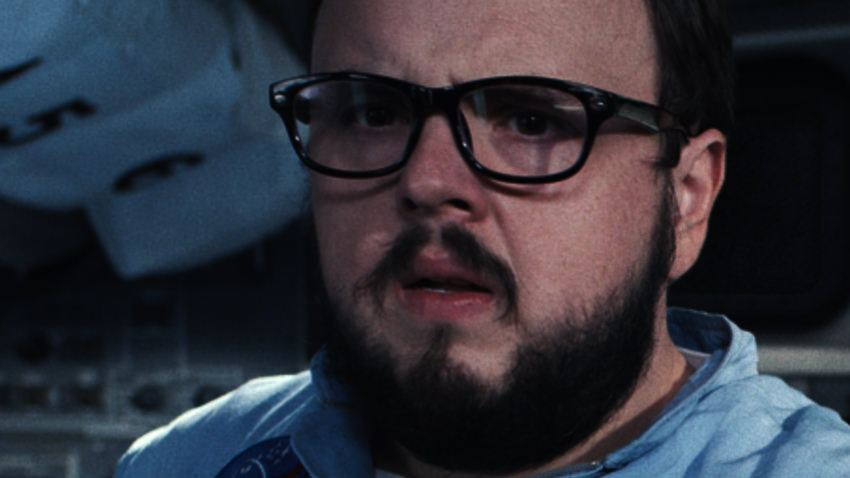 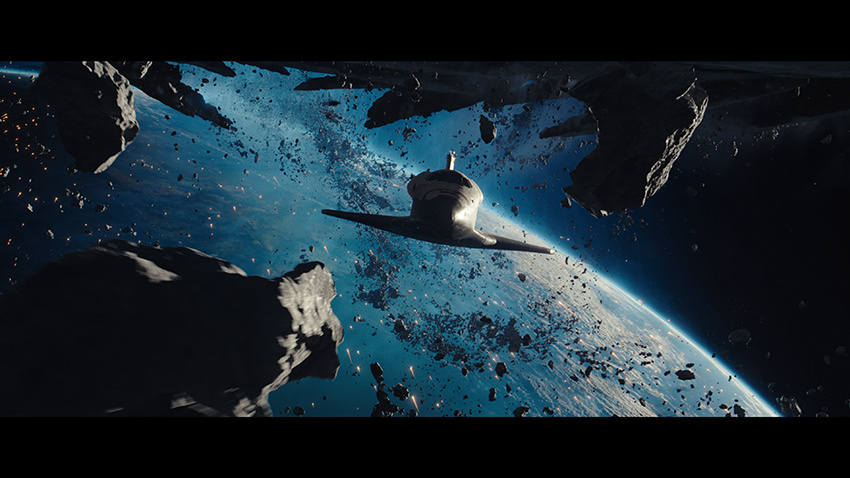 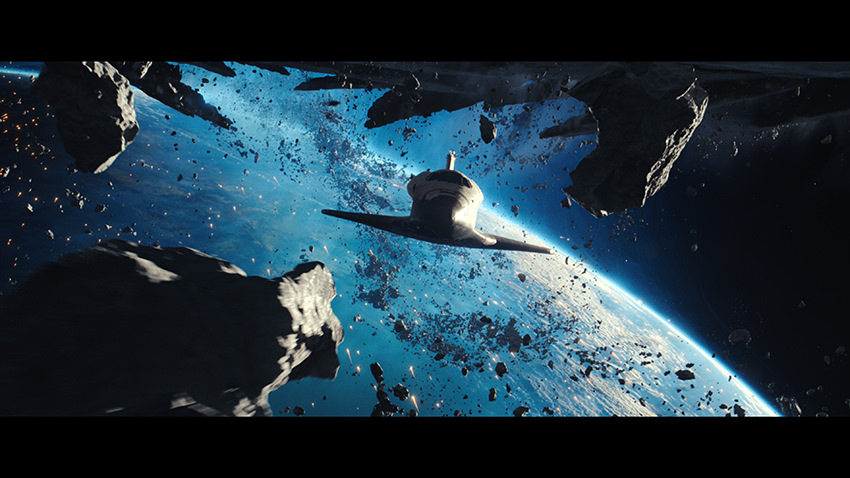 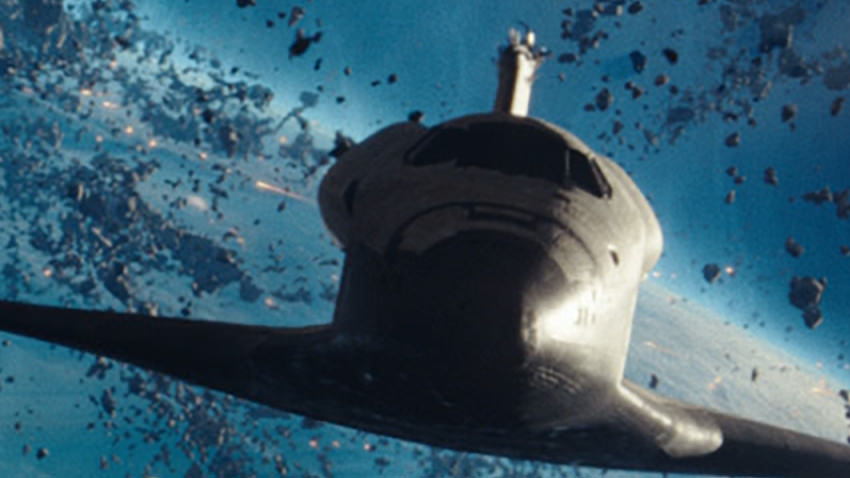 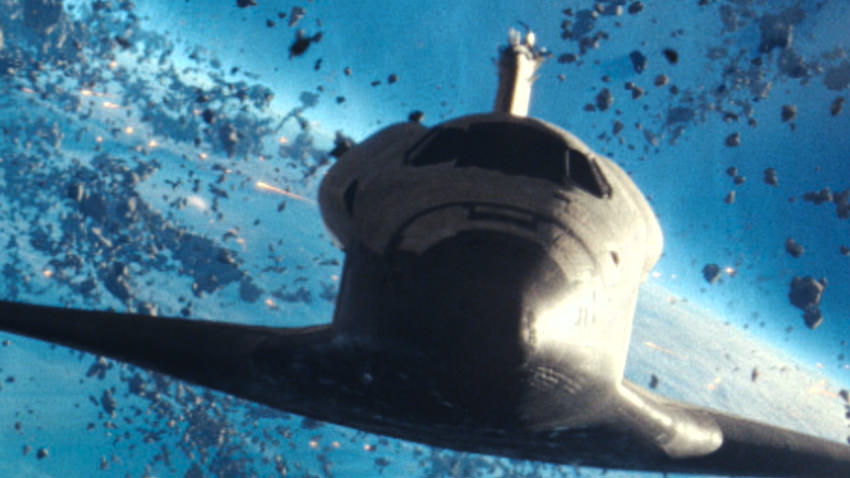 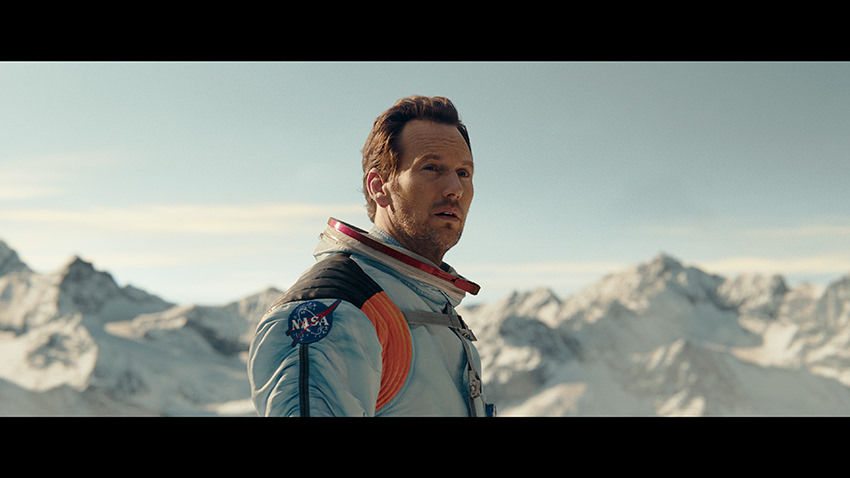 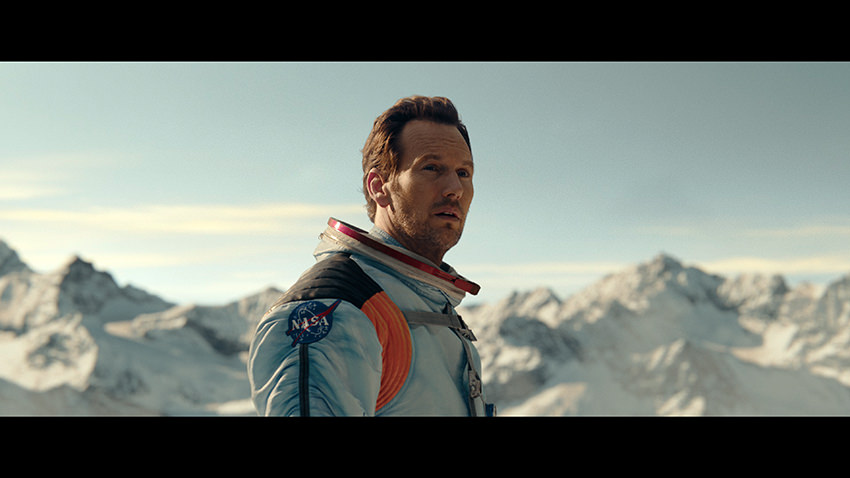 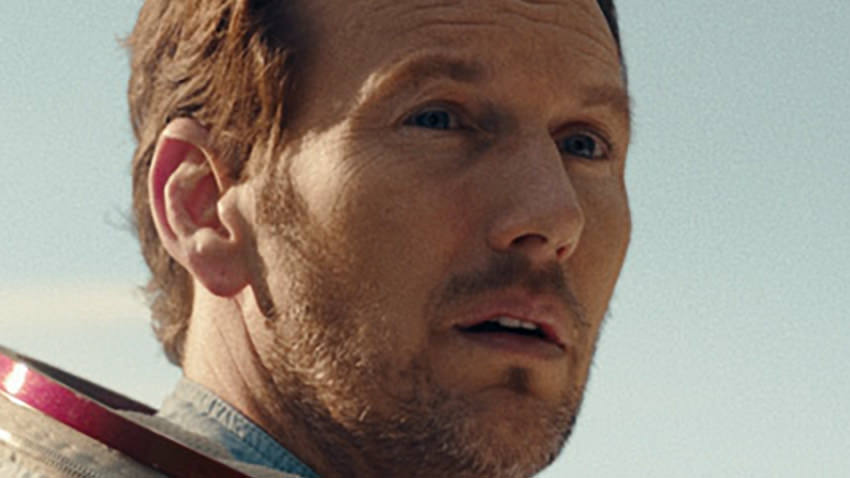 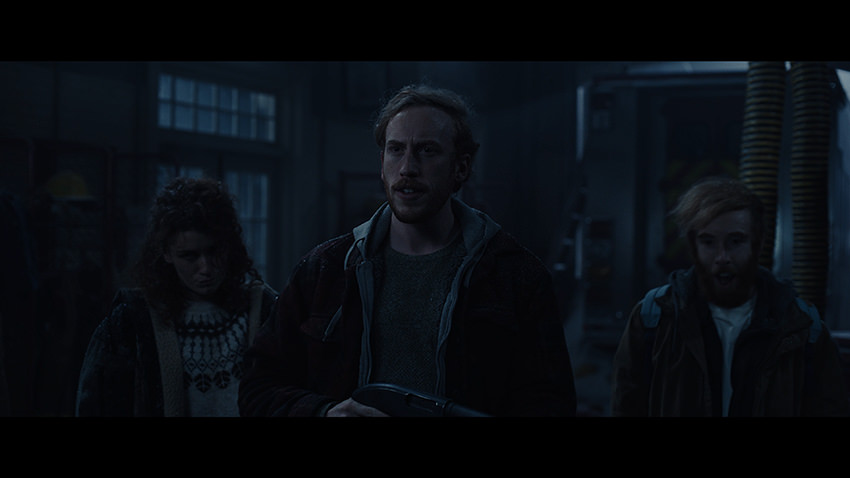 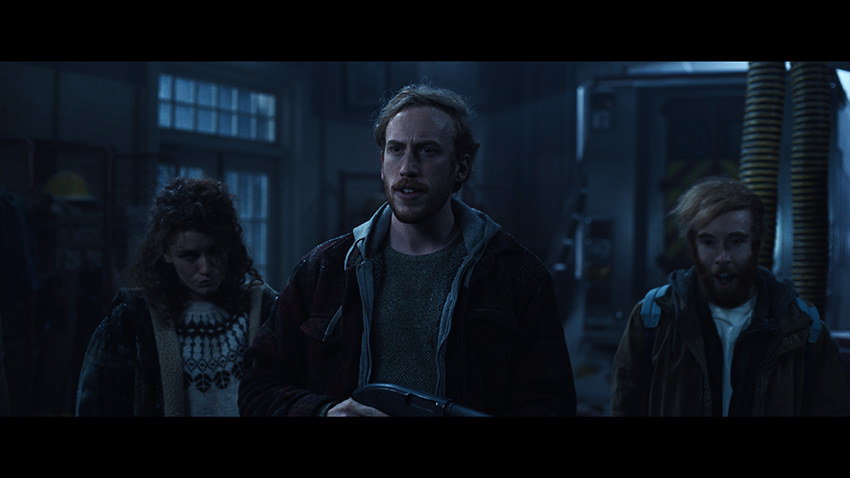 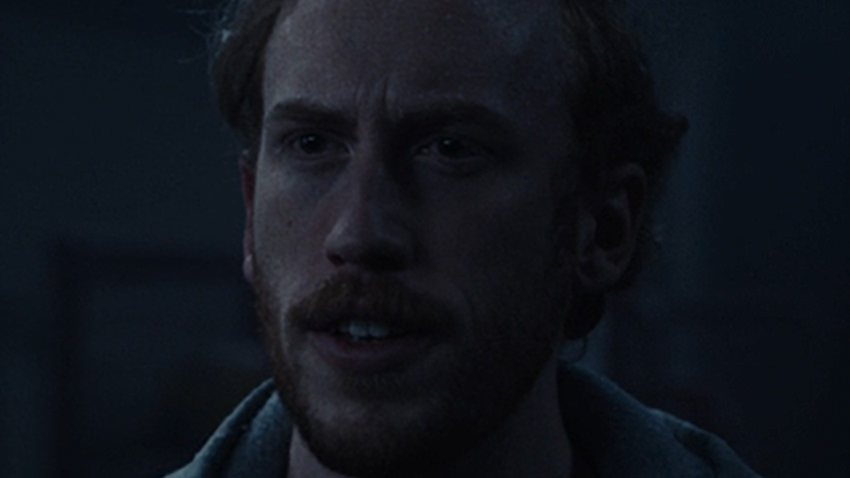 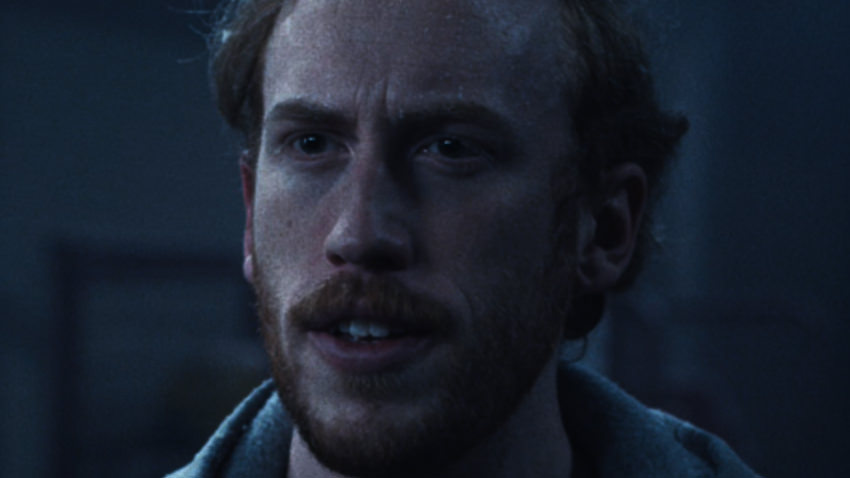 Roland Emmerich’s “catastrophic” works are often associated with spectacular soundtracks. Moonfall (2022) no exception to the rule with a Dolby Atmos mix (TrueHD 7.1 core, 5232 kbps, 24-bit) powerful and which easily accompanies these images of great destruction. The low register is solid. The beginning of the film in space quickly sets the tone with solid circular sounds. The film has a few anthological scenes in store for you, with a special mention of the passages with the black swarm which are illustrated both in terms of dynamics and spatialization. The Atmos channels are pretty generous on this track with plenty of height effects in effect (awareness of the lunar megastructure, radio messages, helicopter sounds, and multiple explosion echoes). The presence of a VF with equivalent characteristics (Dolby Atmos, TrueHD 7.1 core, 5237kbps) is comforting. 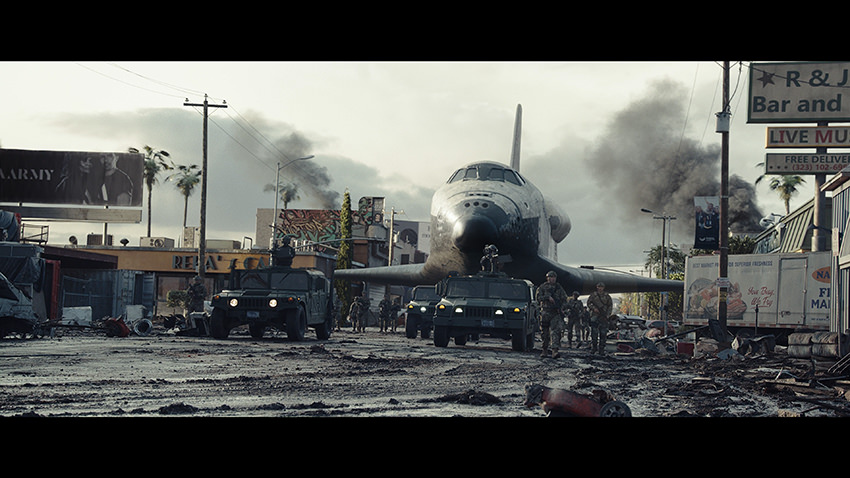 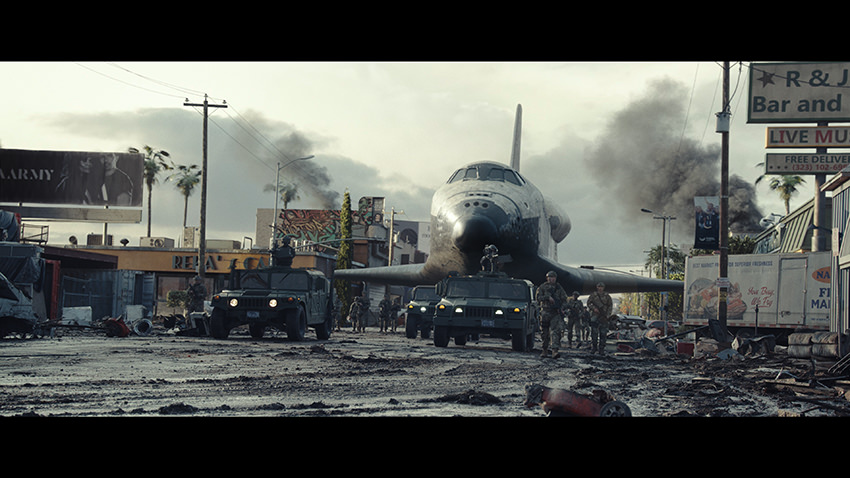 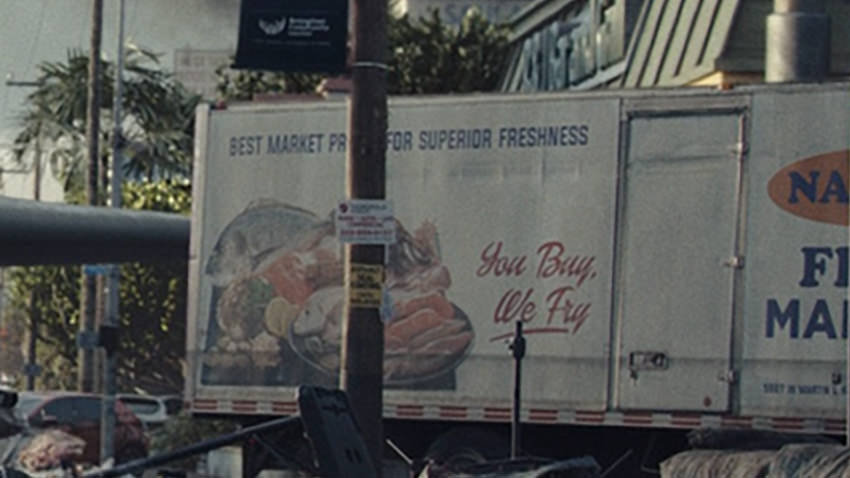 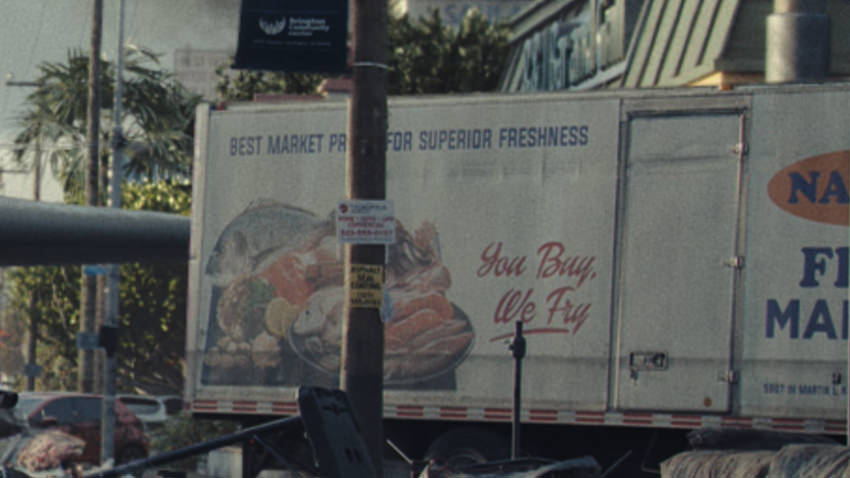 – Audio Commentary
– Behind the scenes of filming
– Exploration of the Moon
– The sounds of the Moon
– Dr. KC Houseman reveals the truth

The characters and the scenario are hollow. But in the style that is his, Moonfall (2022) still takes advantage of solid scenes of destruction. The 4K Ultra HD Blu-ray edition does not disappoint with no fault from the publisher (DI 4K, Dolby Vision, VO/VF Dolby Atmos). Notice to fans…