AMD Radeon RX 7700S is the new discrete mobile GPU based on this Navi 33 processor. It has been placed inside the ASUS TUF A16 gaming laptop. Officially, there is no TUF Dash gaming laptop, as this leak suggests, but the product code appears to match the latest 2023 TUF A16 Advantage Edition (FA617) system that was announced at CES 2023. This computer gaming laptop can be configured with up to Ryzen 7000HS. Phoenix “Zen4” processor and Radeon RX 7700S GPU.

This particular model features Zen3 Rembrandt silicon, in this case Ryzen 5 7535HS with 6 cores and 12 threads. Additionally, Radeon RX 7700S graphics have been added with 2048 streaming processors and 8GB of GDDR6 memory on a 128-bit bus. 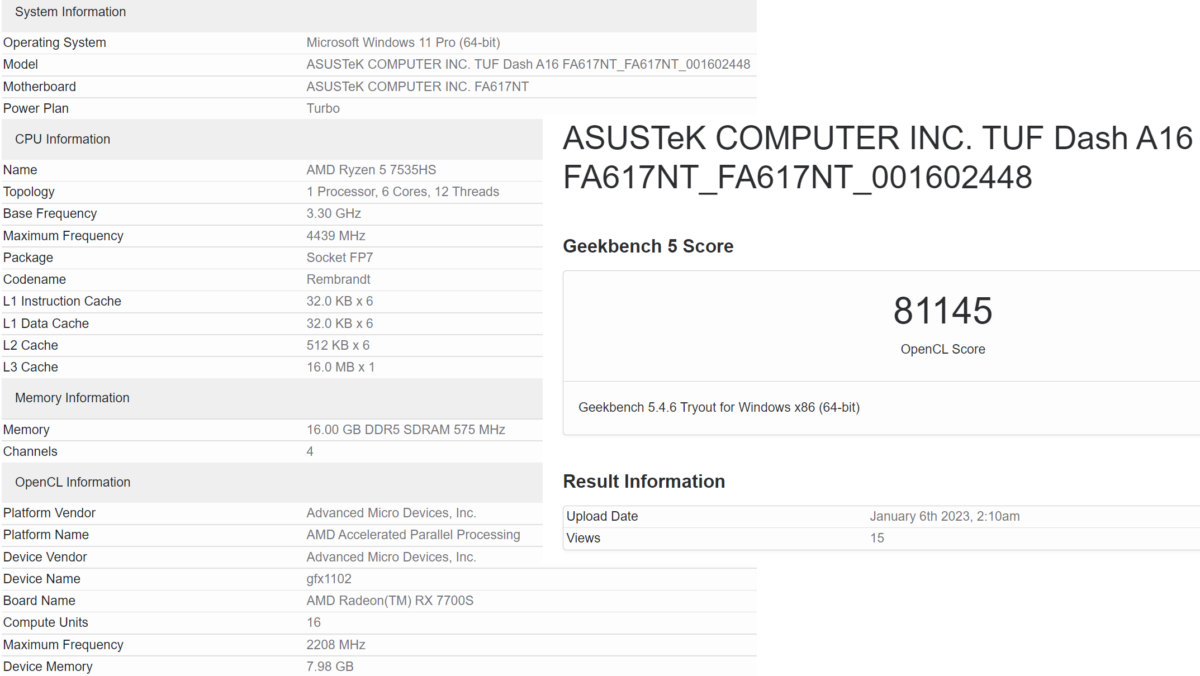 Since we already have the GeForce RT 4070, 4060 and 4050 Geekbench scores, we can now compare the two architectures in the same test. It appears that the 7700S is indeed faster than its RDNA2-based predecessor, but only by 12%. Additionally, the GPU is actually slower than the GeForce RTX 4050 laptop GPU, but only by 3%.

It is too early to draw conclusions based on this very short test alone. After all, we don’t even have the TGP specifications of the GPUs that were used in each of these tests and these can heavily influence the final performance. However, this is what we have at the moment, with more data to come in the following weeks before these systems are available to reviewers and later players.