Yes, I know, it’s midnight but… Square Enix has shared more information about some of the characters and gameplay mechanics in the upcoming Crisis Core FFVII Reunion. Réno and Rude des Turks will be present in this Crisis Core Remake, as will Professor Hôjô. You will also find in this article, new detailsls on OCN (digital brainwaves) and on missions.

Reno and Harsh are partners and members of Turksa group of Shinra’s Public Security Division.

Reno is as arrogant as Rude is the benevolent. Professor Hōjō, on the other hand, heads the scientific department of Shinra. He directs the Jénova project and is very involved in research on the SOLDAT (promising warriors exposed to Mako sheer).

Square Enix has also unveiled information on the gameplay of Crisis Core FFVII Reunion through the missions that will be entrusted to Zack Fair, a member of SOLDIER and the game’s protagonist, by the Shinra Corporation and the townspeople. These missions are separate from the game’s main storyline and will reward players with items such as Materialwith more difficult missions offering better rewards.

Also, the OCN works as a limit system in the game. When used, a slot machine spinner automatically spins during battles. If they land on matching patterns, Zack can receive buffs and perform special attacks. 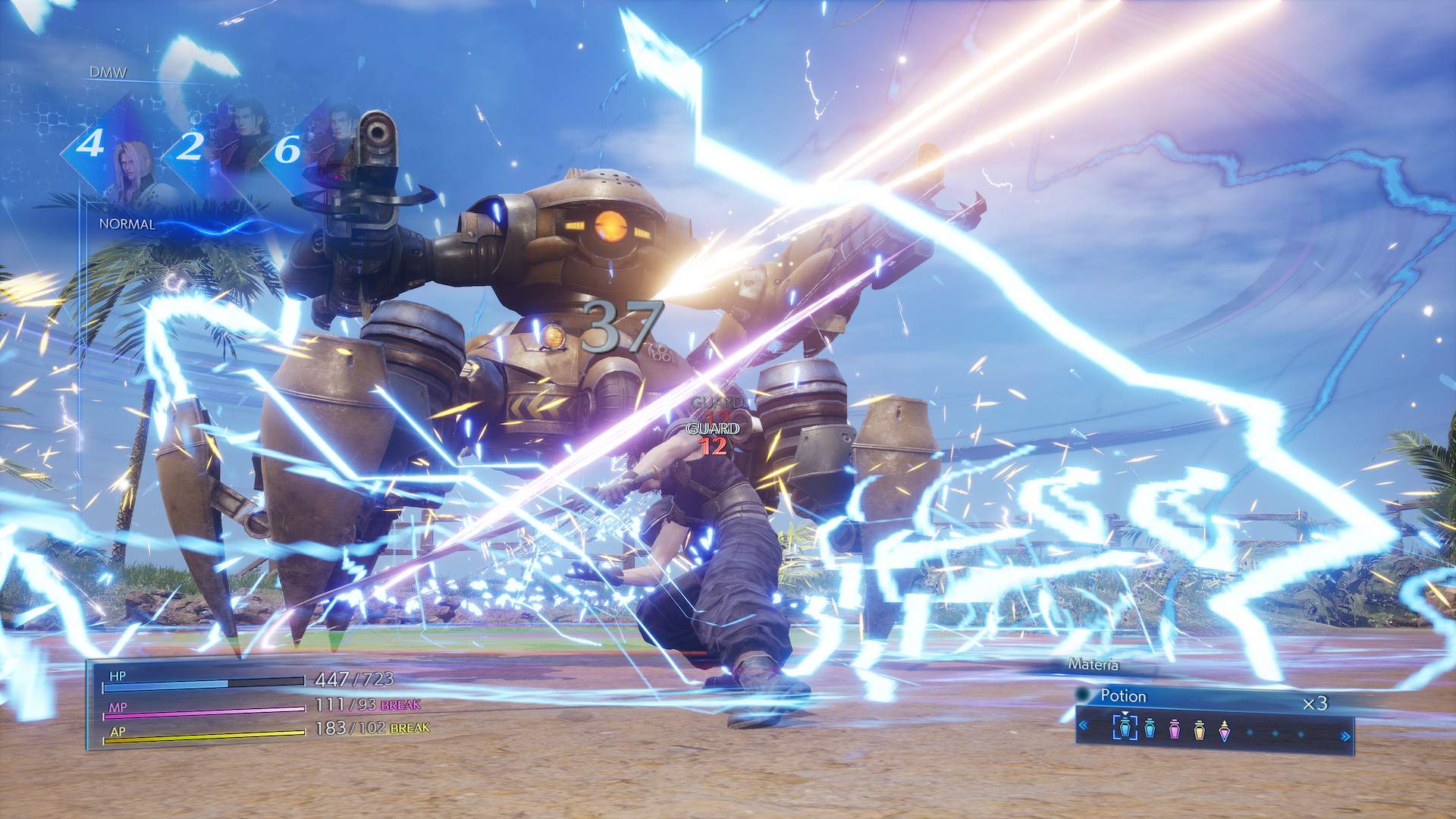 The OCN can also enter Summon and Chocobo modes. During these modes, the caster patterns all become either summons or creatures, depending on the mode. If the three patterns match when the spinners stop, the summon or creature depicted is called into battle to unleash a powerful attack. However, if the spinners don’t stop on matching portraits in Chocobo Mode, it will trigger a miss, dealing damage to Zack while stunning him.

To learn more about this game or this license, you can also follow this link!

Respond to our articles on Twitter with the hashtag #jrpgfr !

If you want to join the writing team, apply here !

JRPG enthusiast since 2010, I hope to one day see this too little recognized genre cross our borders.