On November 16, NASA ushered in a new era in space exploration with the launch of the
mission Artemis I who sent the Orion spacecraft around the Moon. The objective was to test all the systems before the first manned flight that will be the Artemis II mission in May 2024. Orion returned to Earth by splashing down in the Pacific Ocean on December 11.

The dark side of the Moon 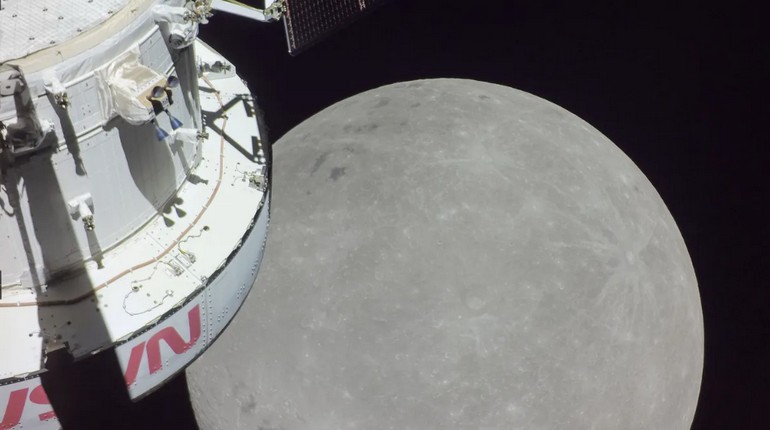 A camera on the end of one of Orion’s solar arrays captured this stunning view of the far side of the Moon that we never see from Earth.

Artemis I arrives on its launch pad 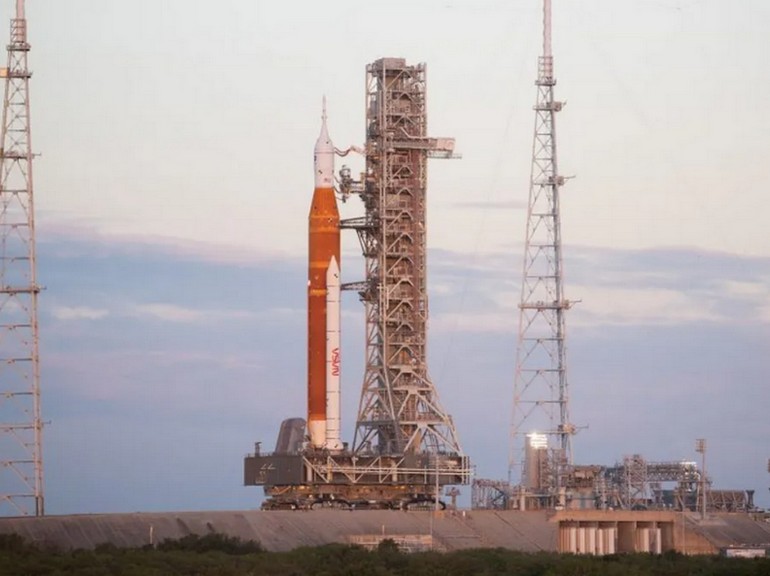 That’s how it all started. Before Orion could approach the Moon, it had to be launched atop the massive Space Launch System (SLS) rocket. Artemis I experienced many delays. This image shows the rocket returning to the launch pad at Kennedy Space Center, Florida on November 4.

Takeoff of Artemis I 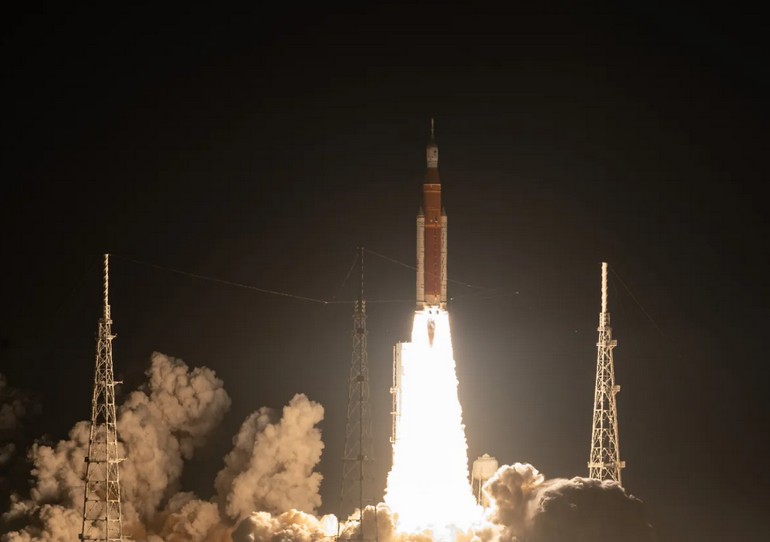 Last November 16, at nightfall, the SLS rocket launched from the launch pad of the Kennedy Space Center. This launcher is the most powerful designed by NASA.

Orion takes a selfie with Earth 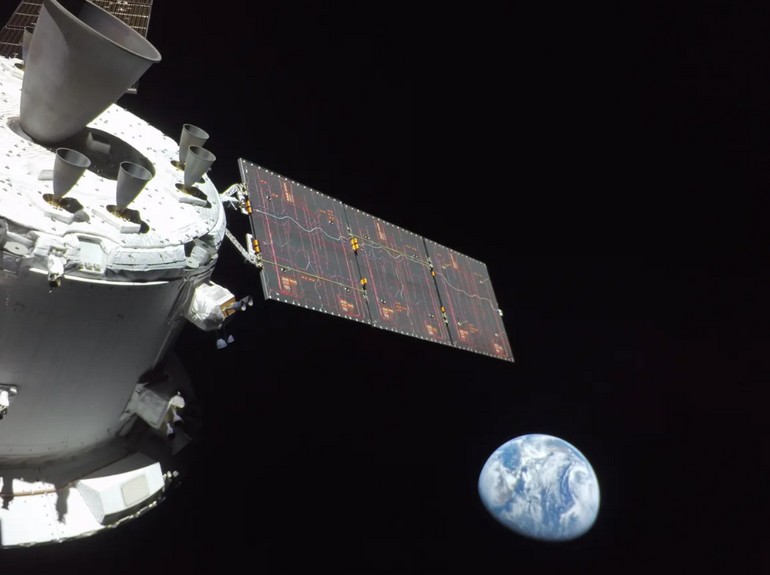 Orion captured this view of his home planet as it headed towards the Moon.

First views of Earth by Orion 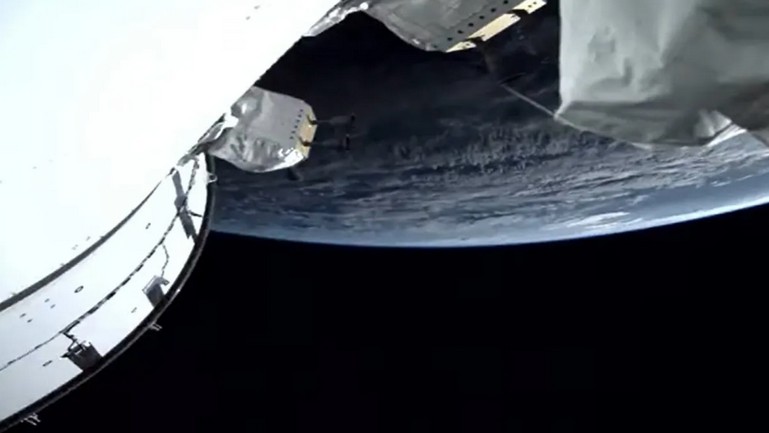 This screenshot shared by the European Space Agency depicts one of Orion’s first views of Earth after launch. 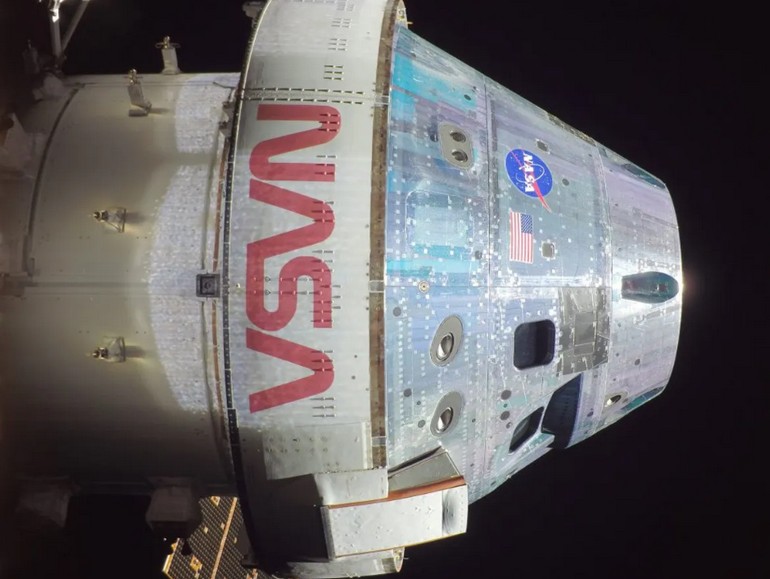 Orion is equipped with several cameras that were used to document the trip and helped NASA inspect the spacecraft. 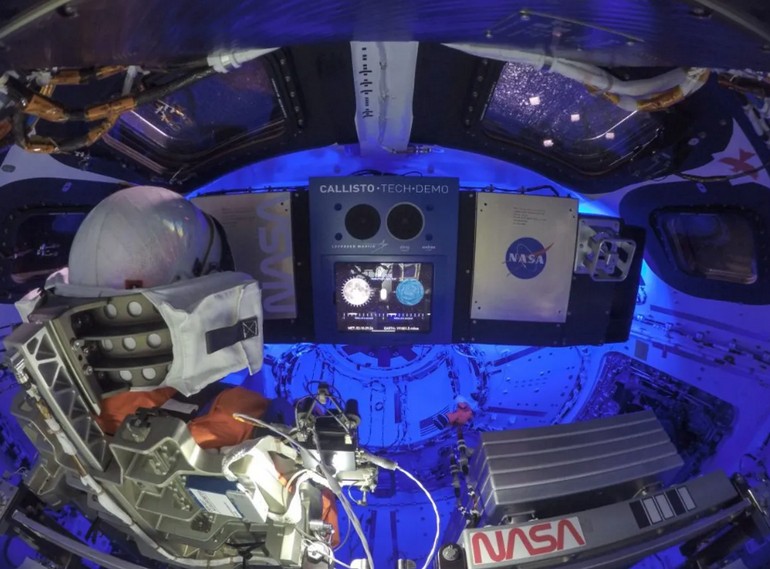 There were no humans aboard Orion for the mission
Artemis I, but a lot happened in the capsule. Engineers tested a tech demo called Callisto, seen in the center of this image. In the left seat is a dummy named Moonikin Campos. Dressed in the same type of spacesuit as the Artemis astronauts, he will help NASA understand the forces and vibrations humans will feel on board.

It’s party time on board Orion 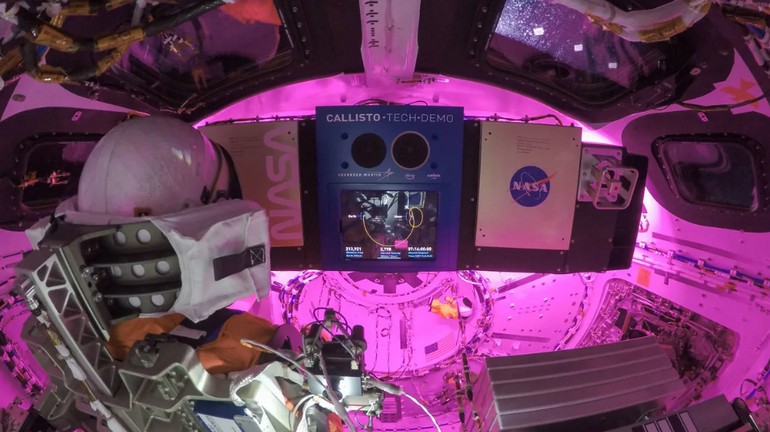 The Callisto tech demo features a version of Amazon’s Alexa voice assistant that triggered an onboard party mode with lighting like
nightclub.

Orion and the Moon 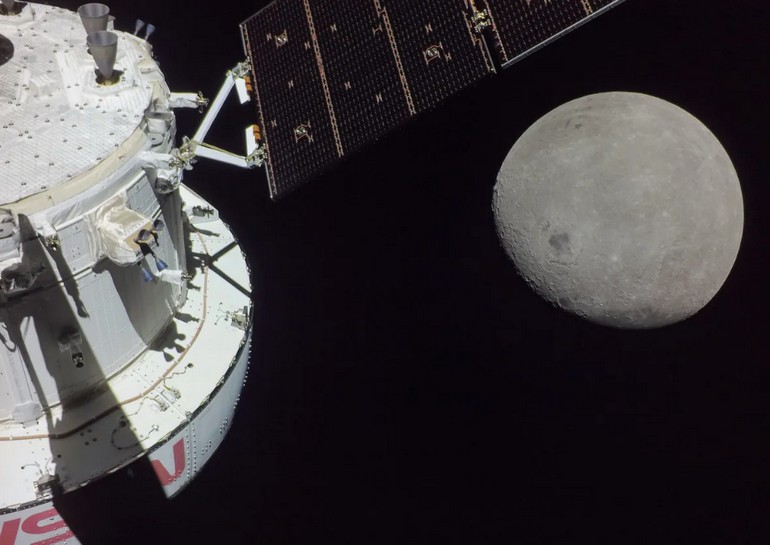 November 21,
Orion grazed the Moon during an approach maneuver that put it on course for its planned orbit.

Portrait of the Moon 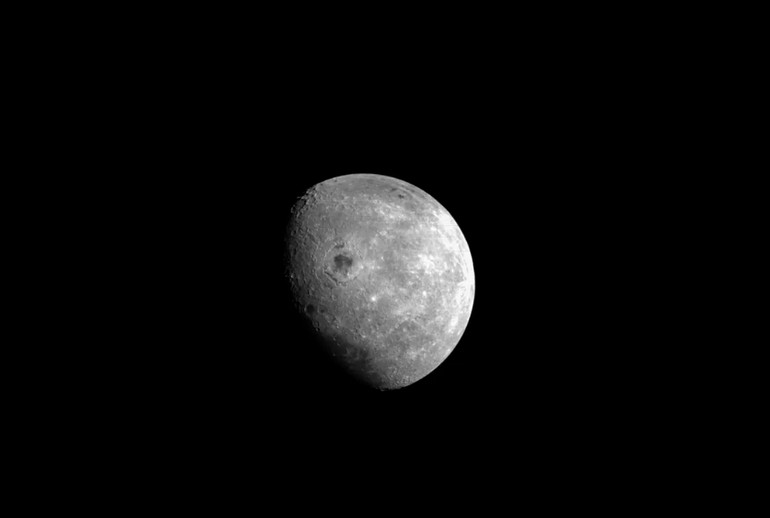 This magnificent portrait of the Moon was made on the sixth day of the mission.

The beauty of our Earth 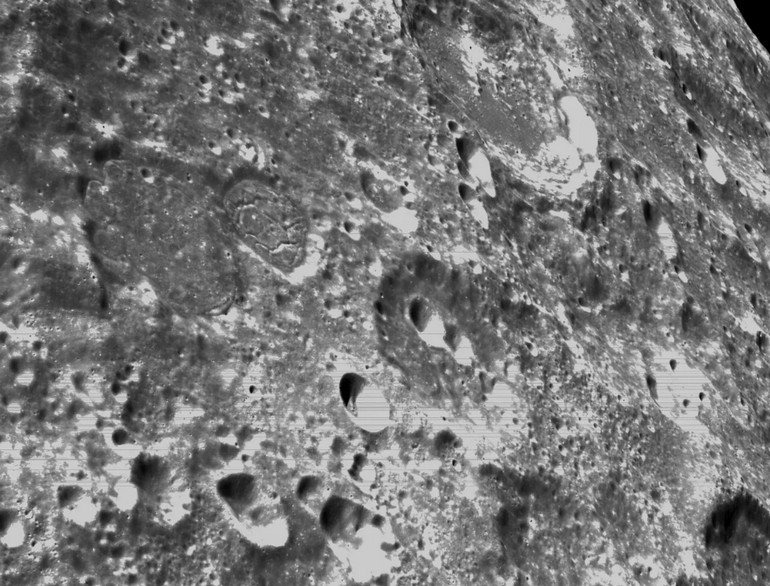 On November 21, 2022, Orion was able to observe some of the Moon’s many craters up close. The view is from the spacecraft’s navigation camera, which explains why it’s black and white and has some camera artifacts in the form of streaks. ”
This photo and others are the closest shots of the Moon taken by a manned spacecraft since Apollo
Nasa said. 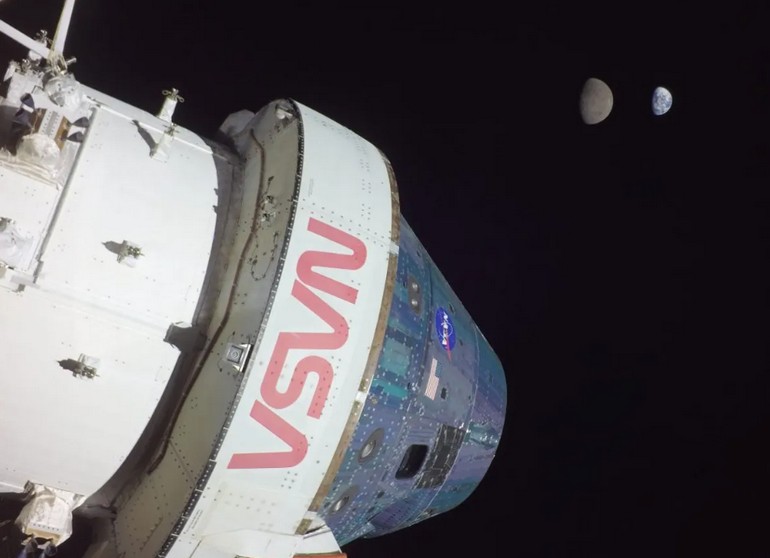 Orion, the Moon and the Earth united in the same view. This exceptional photo was taken on the 13th day of the mission.

The back of the service module 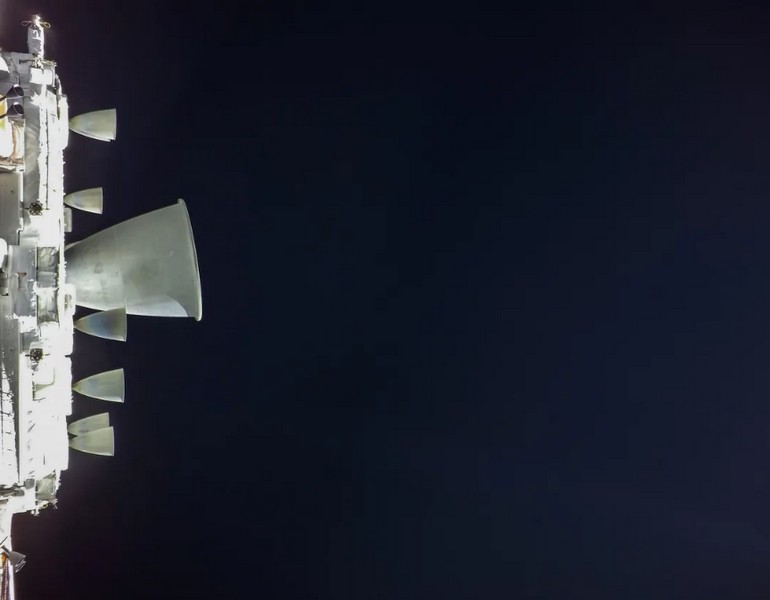 On the 16th day of flight, Orion captured a view of the rear of its service module built by the European Space Agency (Esa). The main engine and small thrusters help the spacecraft maneuver. 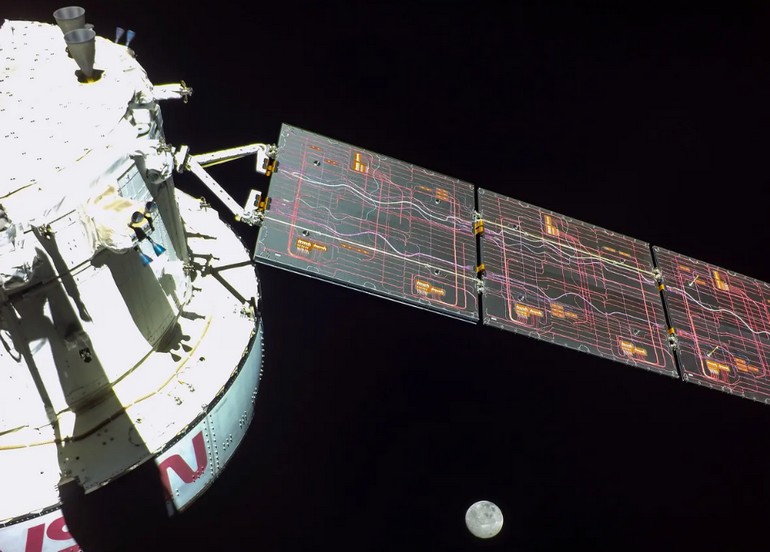 This image was taken as the spacecraft prepared for its return to Earth. 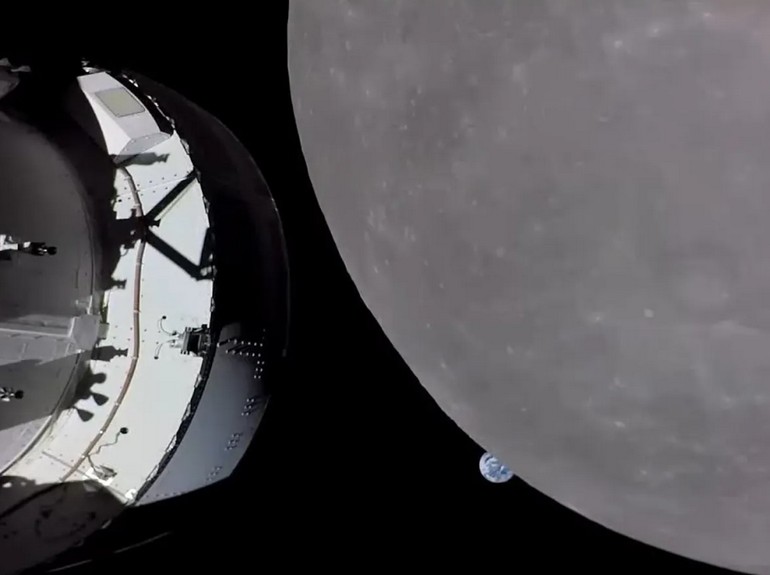 It’s the trifecta. A camera on board Orion captured a view of the spacecraft, the
Moon and Earth.

Earth as a blue dot

This image is from a camera mounted on the end of one of Orion’s solar panel wings.

Closer to the Moon 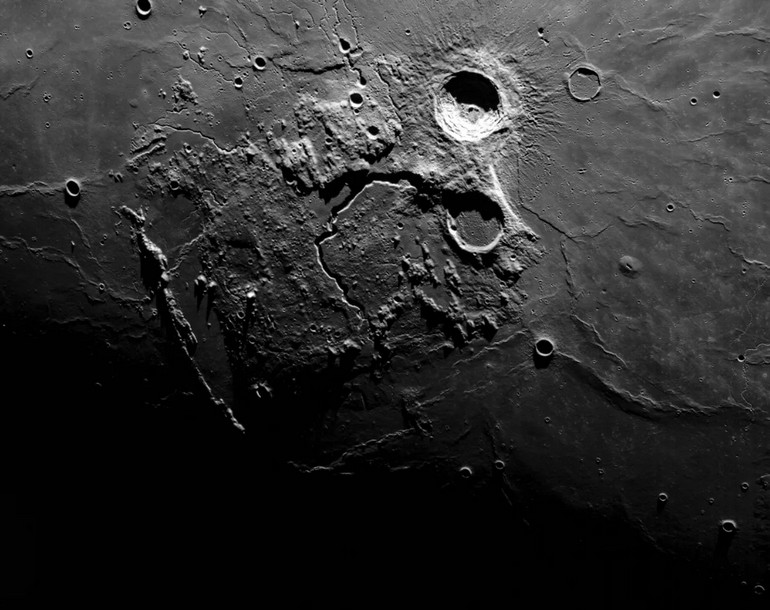 On the twentieth day of the Artemis I mission, Orion passed close to the Moon and took a series of spectacular close-ups highlighting the craters.

The moon strikes a pose 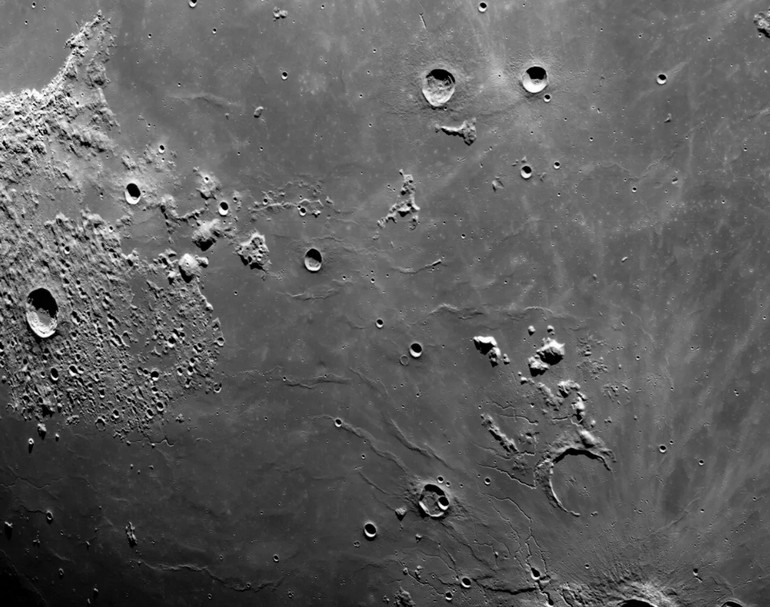 The overview of the
Moon by Orion resulted in beautiful images of the satellite’s surface.

Flyover of the moon 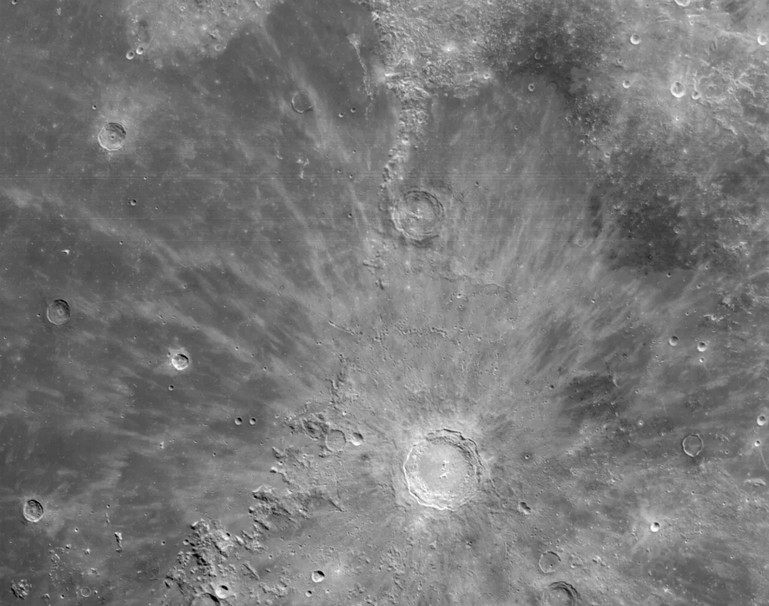 A flyby of the Moon on the way back allowed Orion to capture the surface with its optical navigation camera. 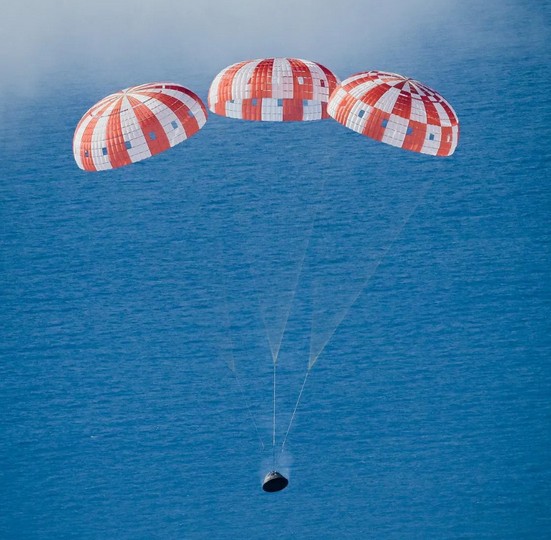 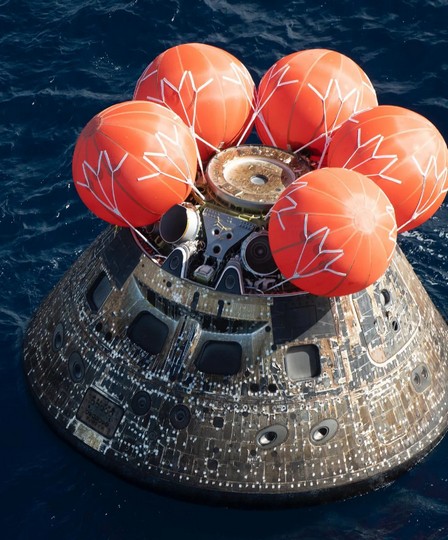 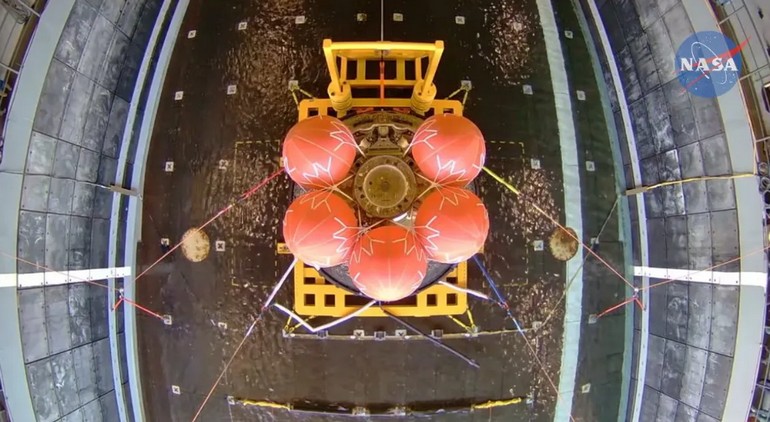 The Artemis I Orion mission concluded on December 11 with the return of the spacecraft to Earth. It survived the extreme heat of atmospheric re-entry and landed smoothly in the Pacific Ocean off the coast of Mexico.

Much work remains before Artemis II can carry astronauts into space, but preliminary results indicate that Artemis I is a success. Orion will return to NASA’s Kennedy Space Center in Florida for study.