After Batman, Diablo is at the heart of yet another edition of the ROG Phone 6. The smartphone dedicated to gaming is ready to enter the nightmarish world of the sanctuary.

It’s all about the Diablo Immortal universe, with the phone box inspired by the famous Horadric Cube, a precious in-game item that can transform anything placed inside.

The phone itself is safely stored in a box inspired by the legendary Stone-World.

A map scroll depicting the world of Sanctuary features hidden inscriptions in invisible ink that can be revealed using the included Light of Fahir torch. Where you can slide the charger and the cable, everything is provided.

Everything has been redesigned to evoke the nightmarish world of Sanctuary, besieged by the demonic hordes of Diablo, the Lord of Terror.

As expected, the software interfaces have been customized. With Android 12, as well as the ROG UI and Zen UI interfaces (your choice), the Diablo Immortal Edition pre-loads exclusive themed live wallpapers, icon styles, animations as well as sound effects.

Even the SIM card removal tool gets the full Diablo treatment: with its Diablo emblem-shaped design. 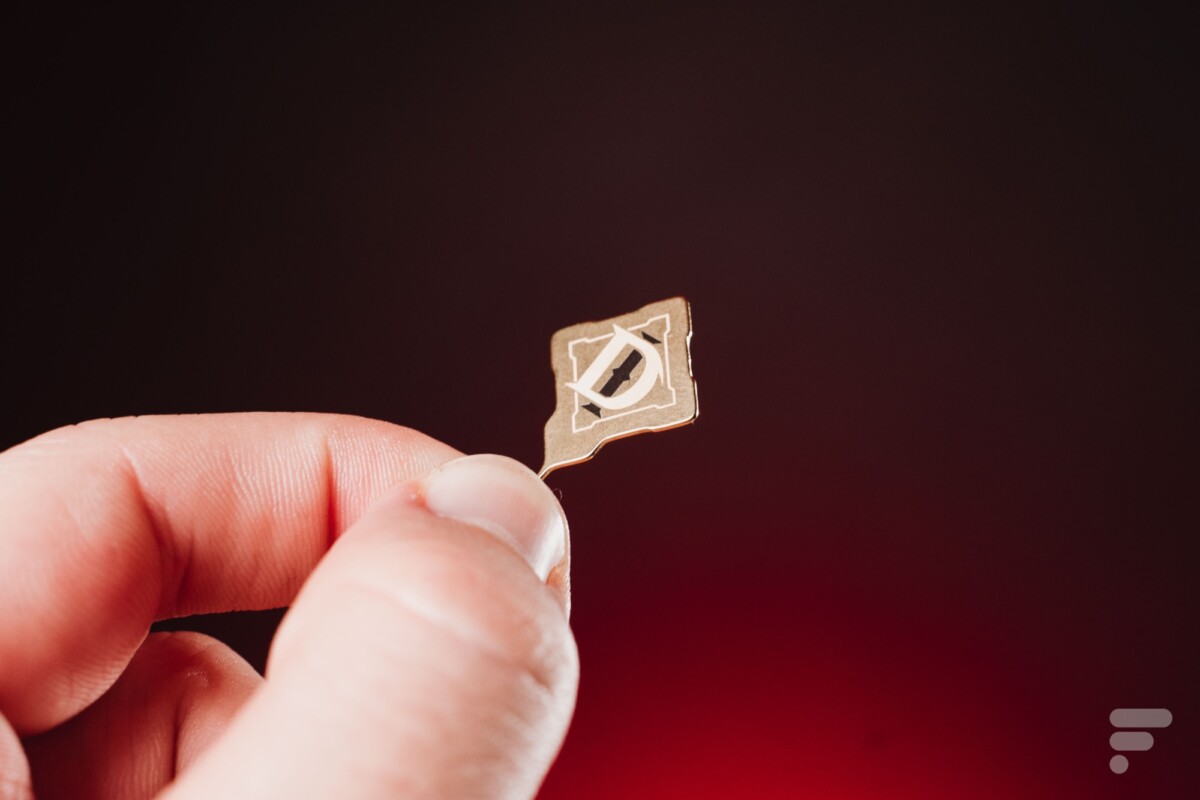 The Shield of Serenity is a protective shell featuring geometric teleport relief, providing a unique effect that glows when illuminated by Fahir’s light.

We can say that Asus knows how to take care of its limited editions. The set still costs 1,329 euros, and it is already on sale on the Asus Store.