The Asus brand offers a range of fairly specific smartphones since they are mainly models dedicated to gaming, in addition to a very high-end device, the Zenfone 9. From now on, we will also have to rely on the ROG Phone 6D and ROG Phone 6D Ultimate which embed a MediaTek Dimensity 9000+ processor and of which here are all the details.

Recently, the Asus brand announced the marketing of two gaming smartphones, the ROG Phone 6 and ROG Phone 6 Pro with particularly advanced technical characteristics since they embed all the latest technologies including the most powerful chip on the market for Android mobiles, the Qualcomm Snapdragon 8+ Gen 1.
With the new Asus ROG Phone 6D and ROG Phone 6D Ultimate smartphones, the brand wanted to offer an alternative since they are equipped with the new MediaTek Dimensity 9000+ chip, a first for such a device. MediaTek claims superior performance to Qualcomm’s Snapdragon 8+ Gen 1 chip. Both are engraved in 4 nm. They offer the same cores but at slightly different frequencies for some. Thus, the Qualcomm chipset has a main core clocked at 3.2 GHz, three Cortex-A710 cores at 2.75 GHz against 2.85 GHz for the Dimensity 9000+ and 4 Cortex-A510 cores at 1.8 GHz for both.

Otherwise, ROG Phone 6D and ROG Phone 6D Ultimate come with a 6.78-inch AMOLED display with a maximum refresh rate of 165Hz with a touch sampling rate of 720Hz. There’s 16GB of memory live in LPDDR5x format with 512 GB of internal storage space for the Ultimate version while the standard version has 12+256 GB. 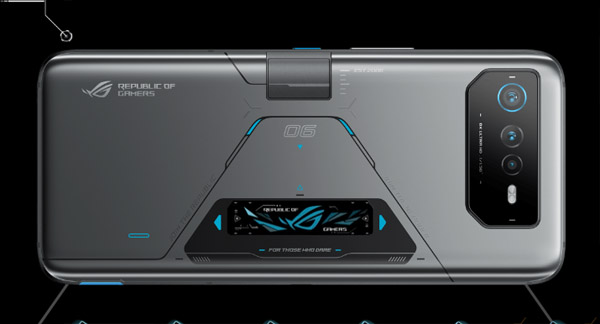 Both carry a battery with a capacity of 6000 mAh divided into two units and support the load at 65 watts (power supply supplied). For taking photos, there’s a 50-megapixel main sensor, a Sony IMX766 that’s also found on very many high-end smartphones. There’s also a 13-megapixel ultra-wide-angle sensor and a dedicated 5-megapixel macro lens. For selfies, a 12-megapixel sensor is installed on the front. Note the presence of an LCD screen on the back of smartphones to display animations. 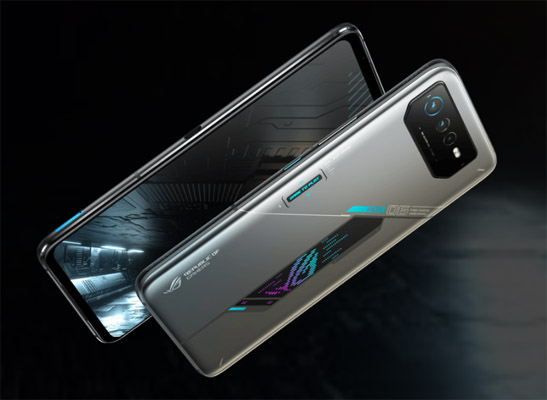 The Ultimate version uses an innovative system for cooling its components with the AeroActive Portal, which is in fact a hatch that opens to evacuate the internal heat. Asus claims up to 20% better thermal efficiency with the system on.

Devices may come with the AeroActive Cooler 6 cooling accessory. 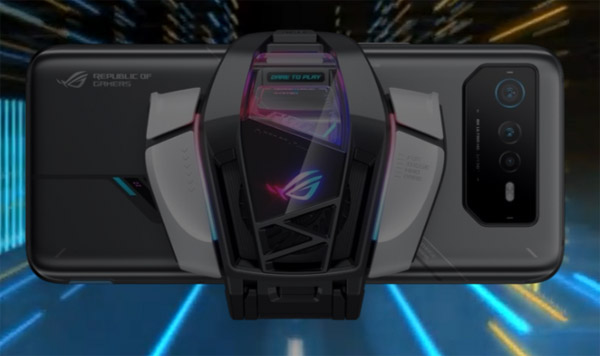