On the occasion of the Tokyo Game Show, Batora: Lost Haven offers us a new trailer, but above all a release date and a demo (available only during the TGS). We tested the demo, and it’s a good preview that reflects the potential of this pretty action-RPG with hack’n slash sauce. Takeoff towards a small intergalactic tour of a probable nugget full of promising concepts.

Tired of waiting years when you learn about a game? A little video game hollow this fall? Let yourself be tempted by a colorful world and a gameplay dynamic, concocted by Stormind Games and offered by Team17. It is therefore on October 20 that Batora: Lost Haven will be available on PC (Steam), PlayStation 4 & 5, and Xbox Series X|S. It is also considered on nintendo-switchbut no date announced for the latter.

A demo right away

You will play Avril, a young girl with character, who tries with her friend Mila to save the Earth that she has seen ravaged. Just that. And so, nothing better than mystical powers and interstellar travel, torn between choices not without consequences for this large-scale quest. Choices are at the heart of this adventure and we’re not talking here about innocuous responses in the dialogues, no: you will sometimes even have the choice of how to deal with a situation. For example, go straight for a boss by eliminating his minions by force or take a calmer path, but which requires solving a few puzzles or which calls on your skill and patience. Some choices seem cruel, others more empathetic. These choices will influence character development (bonuses and items) and relationships with various characters. Make no mistake about it: beneath its hack’n slash air, there is a dimension RPG.

The gameplay is not left out: you will have two life gauges to manage, each related to the powers you request. Under the influence of the sun, you will use more brute force with fiery, melee attacks, while under the influence of the moon, you will be more ranged with magic projectiles. When you take damage, if you call on the sun you will lose physical health, while with the moon your mental life bar decreases. Just like the duality of your choices during the adventure, you will also have to juggle the nature of your powers. And not just for your survival: some enemies are more sensitive to one or the other, or even both depending on their phase. Everything is a question of balance and alternation.

If it’s not clear enough or you want to see for yourself, a free demo is available on Steam now. Unfortunately it is limited in time: you can get an idea for the duration of the TGS, this demo is only available from September 15 to 19. This is a good demo: it gives a good overview of the game and we see good potential for the full version.

It should be noted, however, that the game does not benefit from joystick controls or the possibility of changing the keys. The audio is provided only in English, but other languages ​​are provided for the subtitles and interface (including French). 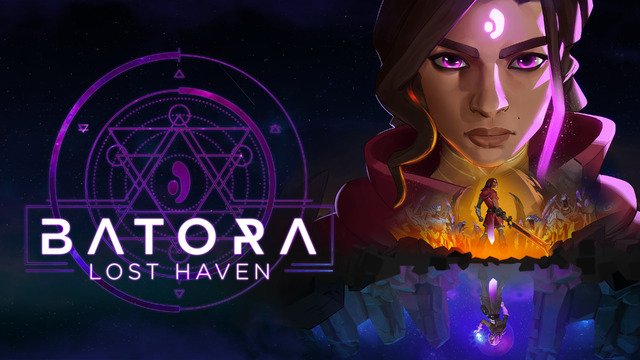