China is carrying out its space conquest at a rapid pace and has chained missions to the Moon, allowing it to acquire valuable technical know-how to open up the prospects of near and distant space.

The automatic mission Chang’e 5 was to land on our natural satellite, collect lunar soil samples and bring them back to Earth. Everything went as planned and valuable content landed in December 2020allowing China to have a raw material for study after the United States and the Soviet Union.

Two years later, the analyzes were carried out and held several surprises. A new mineral has been discovered in the lunar dust brought back by the probe.

A new mineral in moon dust

Identified by the Beijing Geology and Uranium Research Institute, it has been named Changesite-(Y) and is in the form of transparent and colorless crystal.

Phosphate belonging to the family of merrillite (sodium-rich calcium phosphate), it was difficult to spot in a first sample of 50 mg in 2021 and then confirmed in a second batch of lunar material.

A new mineral, Changesite-(Y), was discovered from the moon samples retrieved by #China‘s Chang’e-5 probe, making China the third country to discover a new mineral on moon, Chinese authority said on Friday. pic.twitter.com/XjatWOtraY

After analysis of its structure and submission to international classification authorities, its novel nature was confirmed, making China the third country to discover a new lunar mineral.

It’s a feat for a mission which, beyond its technical aspects, did not necessarily bring much novelty in scientific matters, but that was not the only objective.

And the analysis did not stop there. China has studied the concentration in Helium-3 in the samples. Potential fuel for nuclear fusionit could be collected and pave the way for exploitation of the lunar soil.

This Helium-3 could also quickly become a strategic issue between the nations capable of accessing it and give a head start in terms of energy and space conquest to the one who will control access. 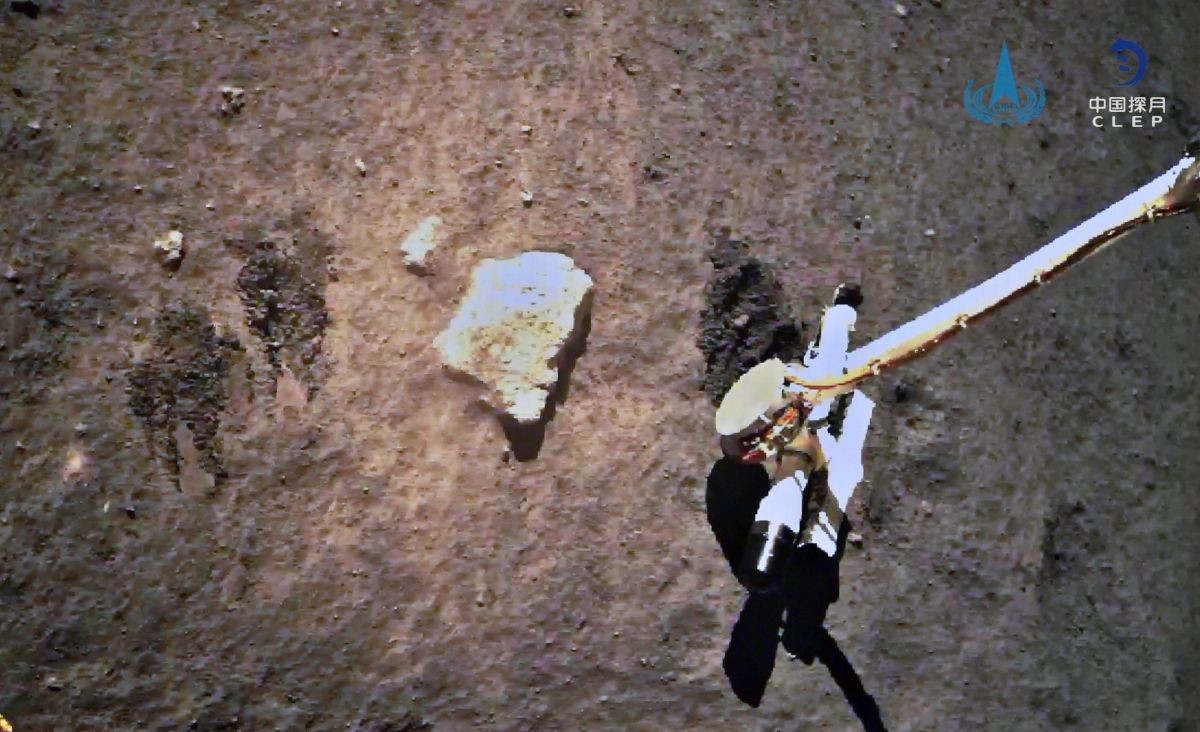 This would also perhaps be the primary reason for the Chang’e 5 mission, whose samples also make it possible to study the composition of the lunar soil and its formation, which gives avenues for avoiding the extraction of materials.

China, via its space agency CNSA, will continue its lunar program at a sustained pace with three missions already Chang’e 6, 7 and 8 in preparation, with still the exploration of lunar areas and the first steps to establish an international lunar base.

At the same time, China is expanding its space program and working actively on the same collection of samples on the planet Mars then brought back to Earth. And this time, rather than carrying out the operation 50 years after the United States, the objective is to be the first nation in the world to achieve this feattaking advantage of delays in NASA programs, which has already started collecting samples via its Perseverance rover.