On the same day as GoPro, DJI announces its new action camera. And tries to differentiate itself by the technique: it dives deeper, charges faster, has a slightly larger sensor and promises to be more enduring.

The world of action cameras often comes down to the camera that gives the entire genre its name – GoPro. If most of the competition has been swept away by the American and inventor of the genre, a few rare brands continue to develop a competing offer like the Chinese DJI. Who announces his third iteration of his “GoPro”: the Osmo Action 3.

Known for its drones, a category in which it is the world number 1, DJI has acquired significant know-how in aerial imagery which it continues to develop in this more terrestrial version. A camera whose reading of the technical sheet allows a clear observation: the DJI engineers have peeled the technical sheet of the Hero 10 Black and tried to be the best technical bidders on almost all points. And tried to duplicate each of the functions.

While all waterproof GoPros without a housing since the Hero 5 are waterproof to 10m, Chinese engineers at DJI promise water resistance to 16m. The sensor is less defined, but larger since it is a 1/1.7” model (against 1/1.9” at GoPro). It remains to be seen if this will really give it the edge in low light.

In our opinion, one of the sexiest innovations of this camera lies in its energy management. Not only in use, with 2h40 of shooting in Full HD (but without stabilization, without the screen on and in the direction of the wind), but especially in direct reloading. Undoubtedly taking advantage of a large portfolio of technologies from the Chinese industrial ecosystem of smartphones, DJI has conferred the first fast recharge of its kind. DJI promises an 80% recharge in 18 minutes and 100% in 50 minutes. 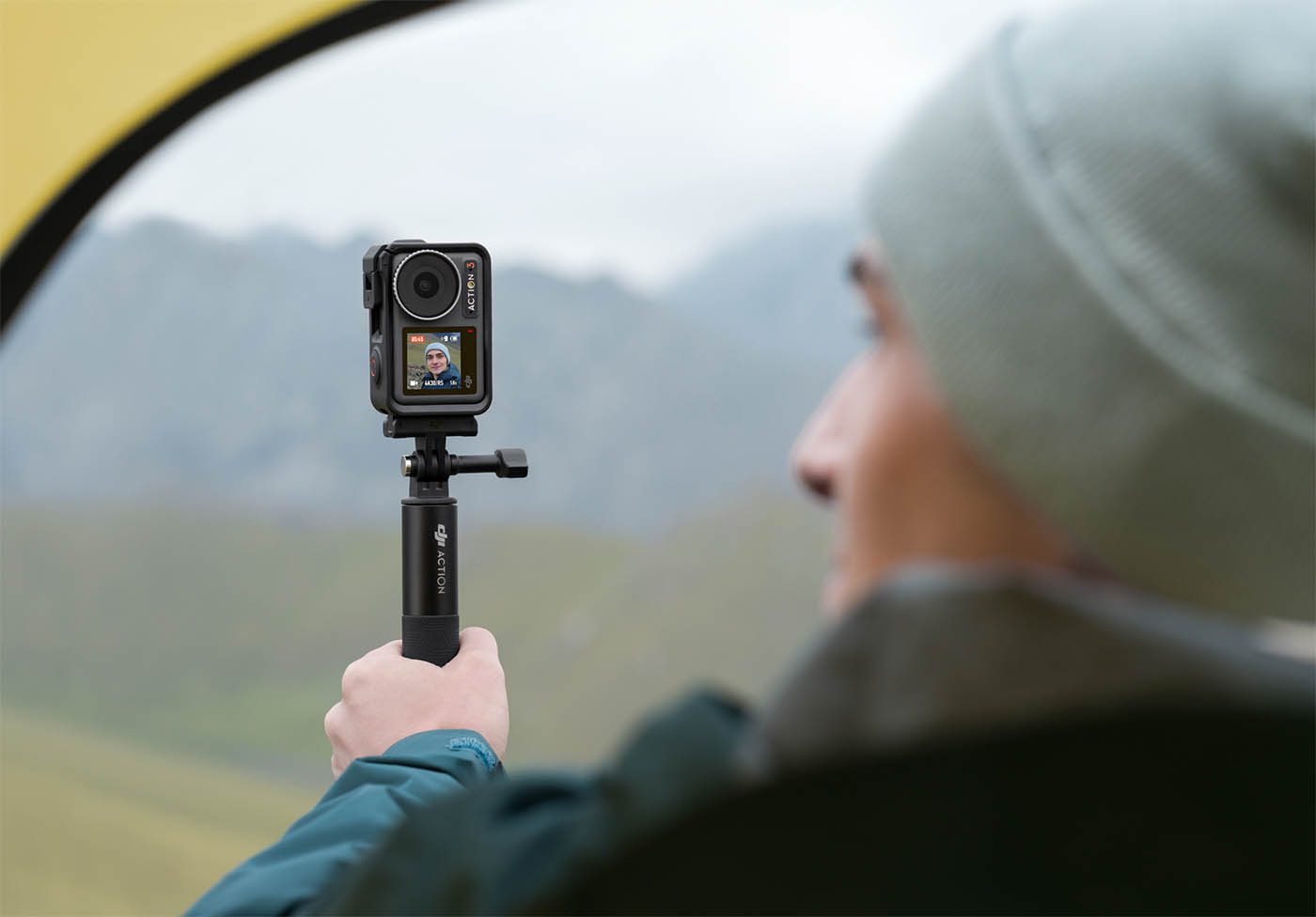 Another specificity of this camera: its cage for vertical mode. In a world in which the main consumer device is the smartphone, this vertical approach sticks to the most popular video apps like TikTok.

Faced with the new Hero 11, the Osmo Action 3 is not better-priced everywhere: it is limited to 4K (5.3K30 at GoPro), the sensor is larger, but much less defined with its 12 Mpix (27 Mpix at GoPro) and its 4/3 ratio does not offer as much potential for variety of cropping as the 8/7 sensor. But above all, it does not have the software, accessory and service ecosystem of GoPro. 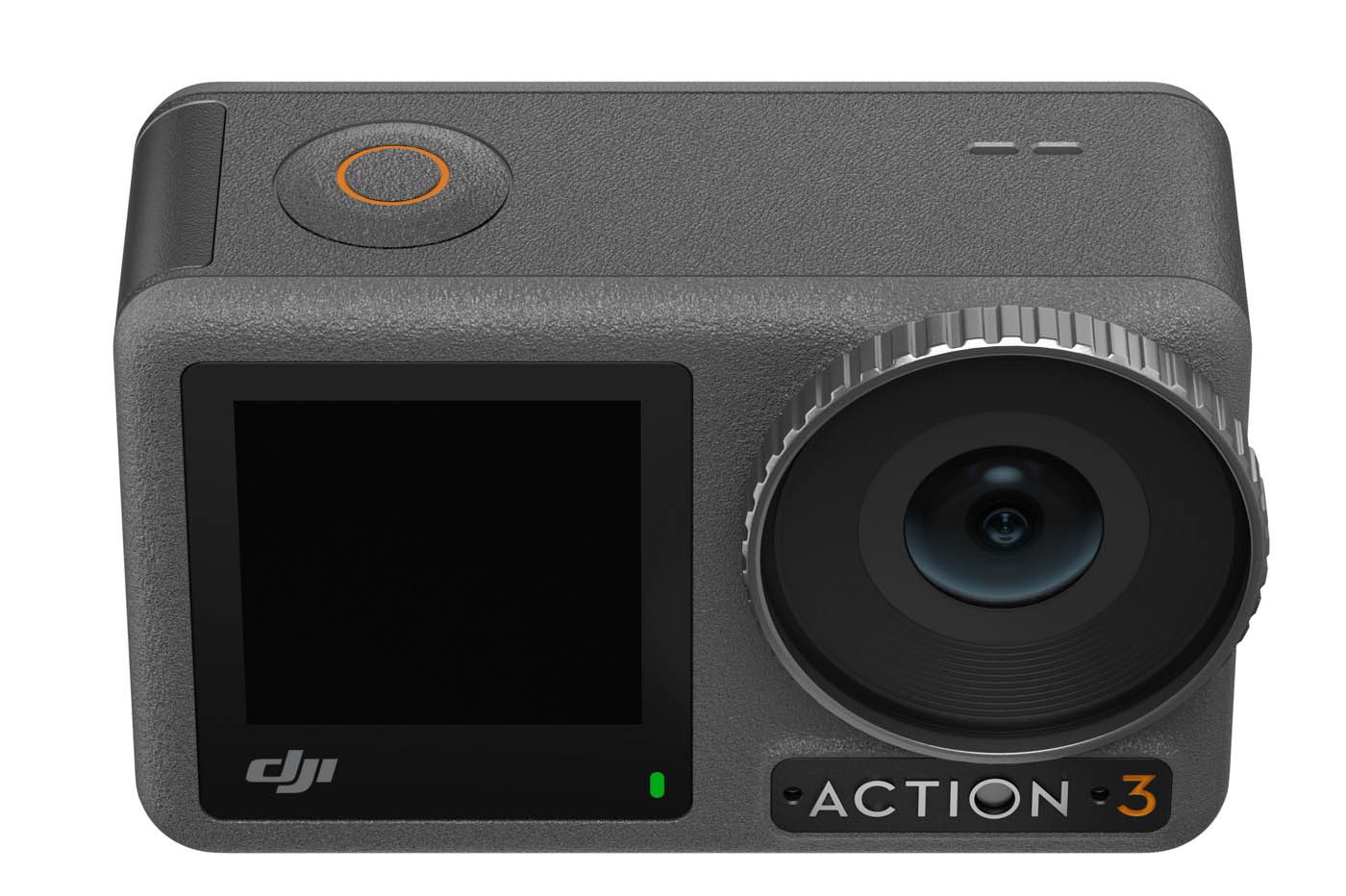 Horizon leveling, full rotation compensation, state-of-the-art electronic stabilization, automated in-app editing, voice control, streaming via app, and more. All these functions found in the latest generation GoPro seem to have been duplicated (or copied depending on how you want to see things) in this Osmo Mobile 3. Even a “cinema” rendering is now included.

It will obviously be necessary to compare the two cameras under the same conditions and see which is the most efficient technically in different situations – low light, racing, etc. Opposite, GoPro has more and more control over its electronic components (second generation of in-house GP2 sensor, 27 Mpix sensor almost à la carte from Sony, etc.). And offers a more interesting 8/7 framing and better image definitions (5.3K, 27 Mpix). But above all, the American has the advantage of an ecosystem which, like Apple, is getting stronger from generation to generation.

In addition to the hardware ecosystem with a panoply of tripods, batteries, fasteners, constantly growing, we must also talk about the software service aspect. With GoPro+, the Californian brand offers purchase prices well below store prices, offers broken camera replacements at attractive prices (around €150-200), unlimited cloud storage, etc. And a function of uploading and editing video both automatic. 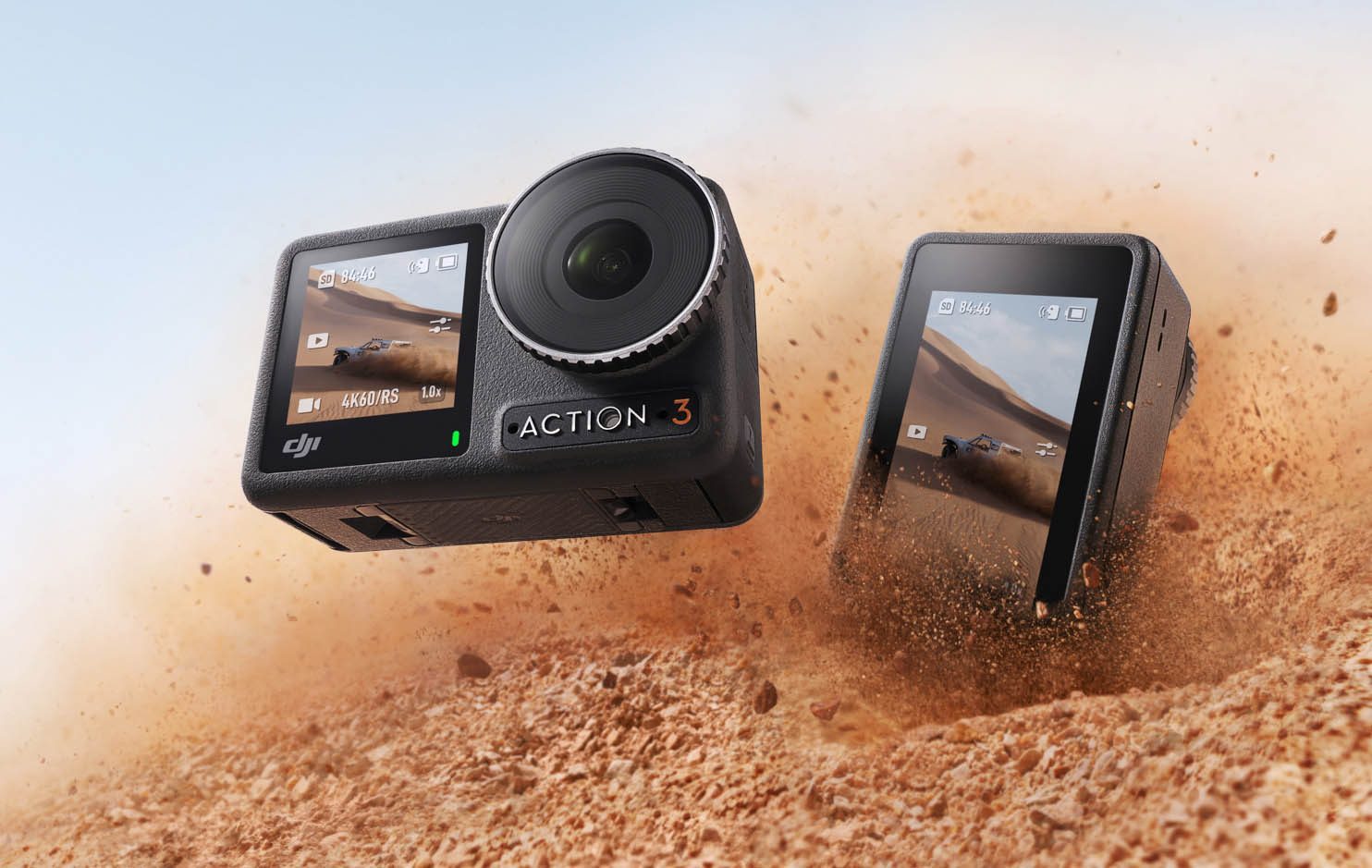 However, ordinary users have less need for yet another camera that is a little more fluid in 4K than for services that not only facilitate shooting, but also the exploitation and viewing of video sequences. We have to see if DJI is preparing similar services. We will already begin to assess what the in-app automated editing is worth to see Chinese is, yes or no, on the right track.

The DJI Osmo Action 3 will be available in two versions: