I discovered this spin-off from the Shin Megami Tensei universe late when Devil Summoner: Souls Hackers was released on 3DS in 2013. At that time, Atlus was launching SMT games with great fanfare on the mobile console of Nintendo. Between this one, SMT IV, Devil Survivor, Strange Journey Redux and Apocalypse, fans of the series were in for a treat. Unfortunately, the company didn’t build on that momentum when Nintendo Switch debuted. If we had to be patient, it’s been a year since we’ve been given the games in the series again. Starting with a SMT3 remasterfollowed by the excellent SMTV and soon the highly anticipated collection personas. This summer though, it’s time for Soul Hackers 2, a long-awaited sequel.

Return of the Devil Summoners

Rest assured, there is absolutely no need to play Shin Megami Tensei: Devil Summoner: Soul Hackers before diving into this one. Soul Hackers 2 takes place in the middle of the 21st century in a Japan that looks like Cyperpunk. Between fluorescent lighting and technology that seems more prominent than ever, the game immerses us in a curious universe. All under a framework of an eminent apocalyptic cataclysm and where two societies of evocators of demons support different doctrines. Yatagarasu’s wants to protect the world, while the Phantom society wants to destroy it.

It embodies an artificial intelligence with a human appearance named Ringo which was created by the Aion agency. She is also accompanied by another AI named Fig, and together they must ensure that two key characters stay alive. The duo possess particular supernatural powers and they are sent on a mission to stop said coming apocalypse. However, it is faithful to the Shin Megami Tensei universe for those who are familiar with the series.

Then, Soul Hackers 2 gets us into the action quite quickly unlike other JRPGs. We quickly explore our first dungeon and our team of four is formed in the first 2-3 hours of the game. Moreover, our group is made up of four characters with very varied personalities who never take themselves too seriously. At this level, we don’t have the depth of the characters from the Persona series, but they are fun. Just like the premise and the story which are gripping enough to keep us in suspense. In short, it does not compare to Xenoblade Chronicles 3 from the scriptwriting point of view, but it’s still good entertainment for fans of the genre.

Then, as far as the fights are concerned, we are very faithful to what the series has presented to us. First, as with the Persona series, our party members capture demons and each can equip one. This will determine the powers that will be attributed to them and it is important to have a varied composition. Thereafter, in combat, each character chains its attacks on a turn-by-turn basis and must make sure to exploit the enemies’ weak points to give themselves the advantage. The more you manage to attack these weaknesses, the more you accumulate chain points which concludes the round with a powerful attack from Ringo.

Of course, as in any good SMT game, fusing and advancing demons are key to progress. Frankly, whenever I ran into a tougher dungeon, just taking a few moments to merge my demons and level them up was enough to keep me going. In short, it’s not a game that requires a lot of “grinding”, but I recommend that you do some side quests.

Now, speaking of side quests, that’s where I found Soul Hackers 2 uninspiring. These don’t add much to the story and, in addition, most force us to dive back into dungeons we’ve already done just to pick up an item or talk to a character. In short, it breaks the rhythm of the story too often for my taste. The only positive point is that they allow us to improve our relations with the members of the group. This unlocks special attributes that help us during battles.

A beautiful visual style, but a design that is lacking

Overall, I find Soul Hackers 2 to be visually successful. Indeed, I found that the very vibrant colors and the look of the characters taken from the anime fit well. In this sense, the Unity graphics engine is well exploited so that we do not feel a console generation behind. Besides, those who have played Persona 5 will probably see several similarities. On the other hand, from the point of view of the decorations and the look of the characters, the game has a very unique touch.

Above all, I never had a slowdown and, on the PS5 version, the frame rate at 60 FPS serves the game well in the dungeons. Admittedly, as we teleport around the city and explore several dungeons, we find ourselves in front of the loading screen a lot. However, it is never very long. In addition, we are accompanied with a good soundtrack that fits well with the futuristic style and demonic Game.

It’s just a shame that when it comes to dungeon designs, the quality really isn’t there. Most are very linear and lacking in variety which makes them more of a chore than a thrilling exploration. This is surprising, because most other recent games in the series didn’t have this problem. Looks like we ran out of inspiration once we got to Soul Hackers 2.

To conclude, Soul Hackers 2 is not the spin off of Shin Megami Tensei that you will remember in 5 years. Despite an interesting story, fun characters, and successful gameplay, the game stumbles in a few ways. I wish the dungeons were as inspired as they were in Persona 5 and the side quests were more entertaining. SMT fans, like me, will probably find it useful anyway, especially if they have finished the other games in the series. I still had fun in my adventure thanks to the playability and the feeling of progression. On the other hand, if this is your first visit to the universe, I recommend that you wait for the ports of Persona which are coming soon. 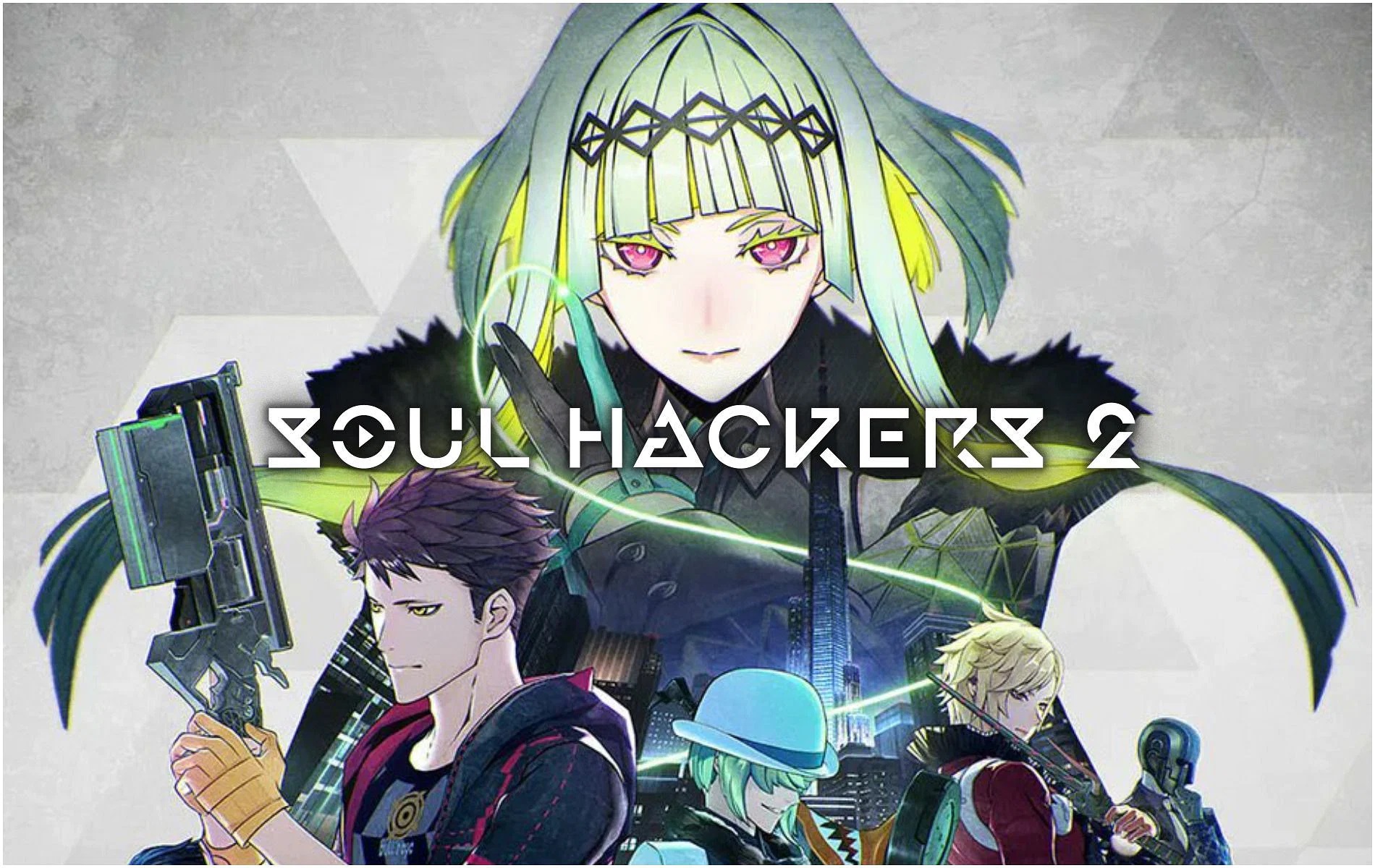 The story and the characters

The gameplay is excellent

The feeling of progress