The Orion Nebula is the closest star nursery to the solar system. It is located 1350 light-years from Earth, in the heart of the eponymous constellation. We have already had the chance to discover it thanks to images captured by the Hubble telescope. But although the shots were beautiful, it was difficult to make out the details because of the cloud of gas and dust that prevents observation of the inner region of the nebula.

After giving us
a striking view of the Tarantula Nebula, the James Webb Space Telescope unveils its first images of the Orion Nebula. The differences with those taken by Hubble are striking. Photos are sharper, more detailed and above all spectacular.

We can better see the many structures hidden there, the cluster of young massive stars known by the famous name of the Trapezium cluster, new stellar systems in formation, etc. 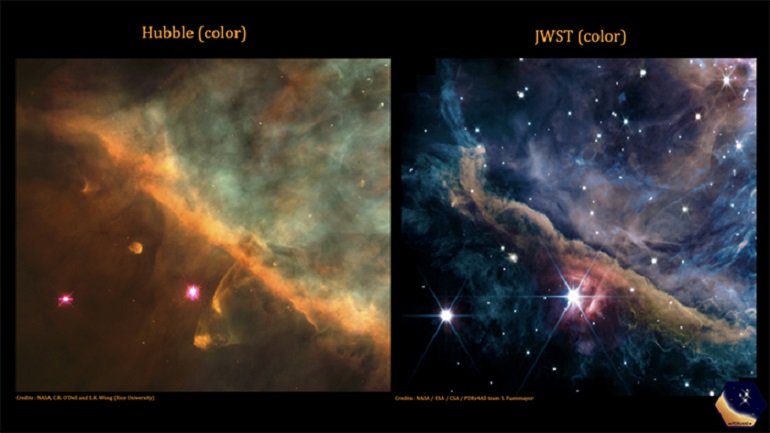 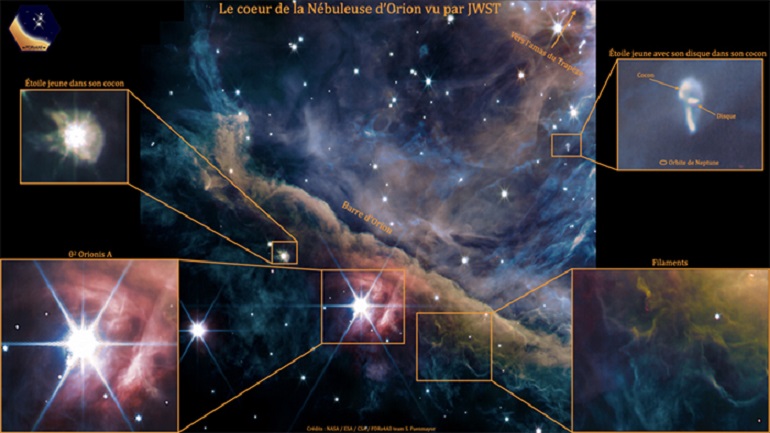 Note that these images are the work of an international research team, including scientists from the CNRS, the Paris-PSL Observatory, the University of Western Ontario, etc. The photos obtained will be quickly studied. In particular, researchers hope to discover how star systems like ours form.