Long planned and unveiled during the Destiny Showcase last August, Lightfall the next expansion of Destiny 2 made a trip to the Microsoft Theater in Los Angeles to present new images to the audience of The Game Awards.

Guardians can prepare for their confrontation with the Witness

Destiny 2: Lightfall (or Eclipse in French) will therefore be the fourth major extension of Bungie’s MMO FPS and will mark the penultimate stage of the fight between Light and Darkness. During this new campaign, the guardians will have to discover Neptune, a new destination populated by the Cloudwalkers and stormed by Calus, new disciple of the Witness.

Neomuna, capital of Neptune is a city full of skyscrapers in a neo-futuristic, even cyberpunk style, and is the new playground for players. In addition to the army of Calus, they will have to face the Tormentors, a new type of enemy already announced as a real challenge.

As presented in the trailer, the artistic direction of Lightfall contrasts a lot with what has been done previously in the game, so much so that one would have believed in another title. 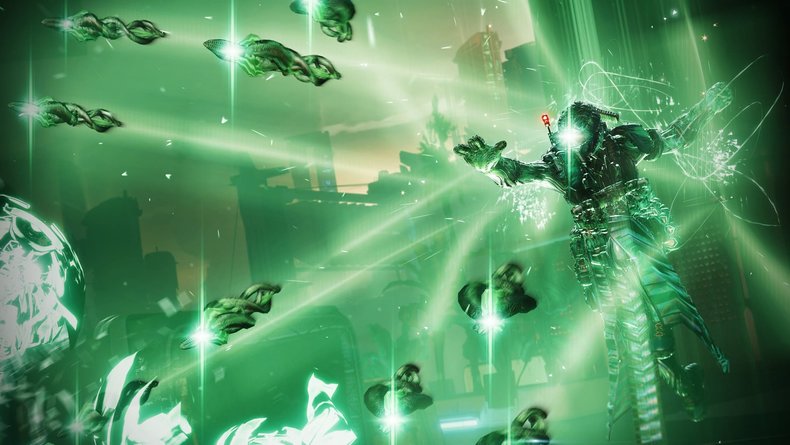 Among the novelties shown in August, the addition of a new doctrine of darkness is undoubtedly the most striking. The dark thread will therefore be the new power that the guardians will learn to use during Lightfall and which will notably give them the possibility of creating a grappling hook on the fly to move more easily in the environment.

Destiny 2: Lightfall will be released on February 28, 2023 on Xbox Series X|S, Xbox One, PlayStation 5, PlayStation 4 and PC.