Logitech recently released a line of products for gamers stamped “Aurora”, including headphones, keyboard and mouse. All are white by default, but accessories sold separately can add an extra touch of color to the lighting effects that enhance the devices.

We already have a mouse preview in our grip and today we will be talking about the keyboard that goes with it: the G715. Both are sold separately, but could it be interesting to tune the two gamer peripherals on his desk?

The Logitech G715 comes with a stylish cloud-style wrist rest that’s quite soft to the touch, it could help ease the strain on the wrists or even help elevate little hands to access the keyboard – it’s indeed quite tall. A USB-C/USB-A charging cable and the USB-C/USB-A adapter can also be used to connect the dongle closer to the keyboard.

The dongle is neatly stored under the keyboard, but it is not a classic dongle. This uses technology Lightspeed from Logitech which guarantees gamers low latency during their game. However, it is also possible to connect the keyboard without this accessory using Bluetooth. 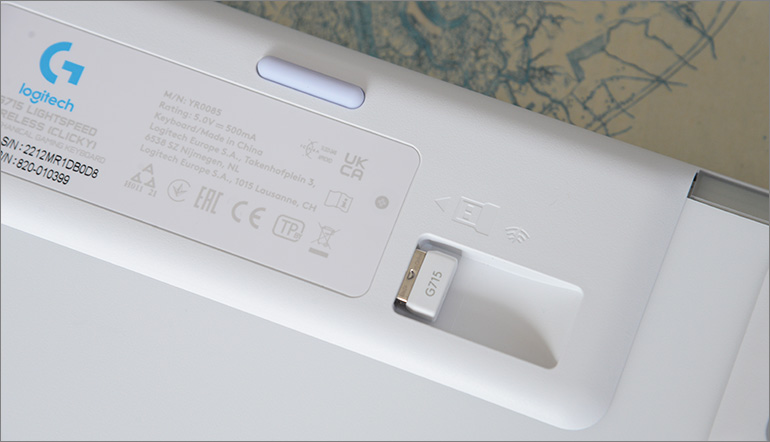 Special keys are located at the top of the device. On the right side, a large wheel is used to control the volume while the round keys will mute the sound or control media playback. We also see the switch to turn the keyboard on or off. 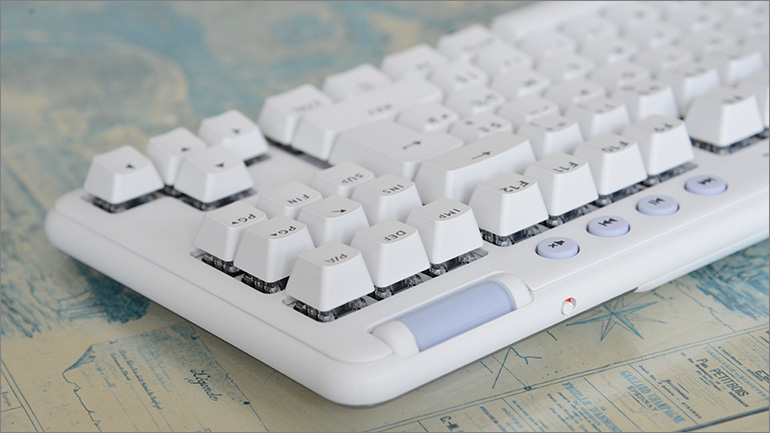 On the other side, in addition to the USB-C port for charging, three other special keys have functions dedicated to the peculiarities of this keyboard. The one on the left will allow you to switch from one connection mode to another, depending on whether you want to use the Lightspeed dongle or Bluetooth, which can be of interest when you switch from a computer to another for example. The other allows certain keys to be deactivated during the game session, we will come back to this by exploring the parameters. Note the presence of a retractable foot at two heights which allows the keyboard to be tilted.

Finally, the one on the far right of this group is used to adjust the intensity of the backlight and the brightness in general since the keyboard is also embellished with LEDs under the wheel as well as on almost the perimeter of the device. 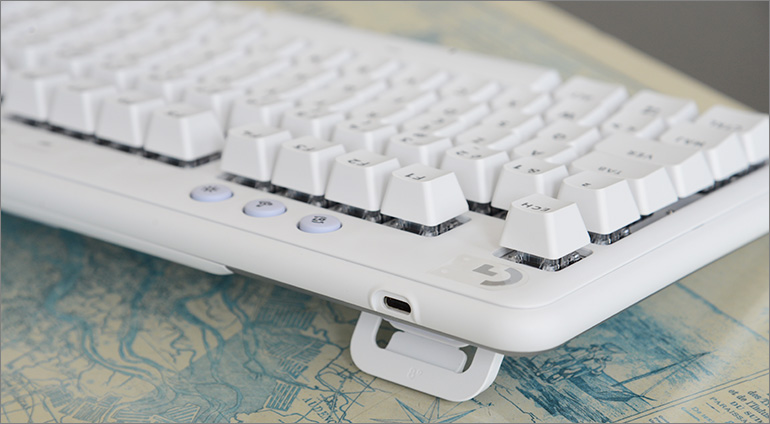 This actually gives a gamer effect, but with a touch of originality since the dominant color is white. Granted to the G705 mouse, and even if the photo rendering is not necessarily successful, the result on a desk is of the most beautiful effect.

This lighting is not static. The default one randomly flashes the letters unrelated to those that are typed, but we will see later that many combinations are possible. The usual four control letters in games, ZQSD, are displayed in a different color and remain static.

After this introduction, we will use the keyboard for some time and go further in discovering the parameters thanks to the software specially designed by Logitech for gamers. We will put our conclusions at the end of this article very soon.