The current President of the Republic of Liberia, AS Monaco player between 1988 and 1992 and legend of modern football, was at the Performance Center on Thursday.

An enchanting smile, a natural charisma and an undeniable class: George Weah, 56 years since the 1er last octoberhas lost none of its strengths.

Invited to the 13e edition of Peace and Sport International Forumof which AS Monaco is a partner, the 1995 Ballon d’Or regained his feelings as a young player during an afternoon by visiting the Performance Center, where his career in Europe began in 1988. Prelude to a unique course of its kind, both on and off the pitch.

“This is where it all started”

After once again treading the lawn of the Stade Louis-II, the closest witness to his Monegasque exploits, “Mister George” then joined the Performance Center. Locker rooms for the first team, physiotherapy room, balneotherapy area and auditorium: the current President of Liberia was impressed by the Club’s sports and medical facilities.

“ AS Monaco allowed me to come and play in Europe and always treated me like one of their children, explained the former striker. I remember it every time we forget it when we retrace my career: this club shaped me and built me. This is where it all started. I am very happy to return to these lands”.

Four years of goals before taking off

In 1988, when AS Monaco had just won its fifth French championship title, George Weah arrived in the Principality. His stints with Young Survivors and Bongrange Company, two Liberian clubs, combined with a successful experience at Tonnerre Yaoundé, in Cameroon, opened the doors to the Old Continent for him.

The 14 goals scored in his first season in the red and white jersey are the first step in four successful years, marked by success in the Coupe de France (1991) and a Cup final (1992). The last chapter of a princely adventure concluded after 149 matches played and 66 goals scored.

The Liberian will then continue his magnificent career at Paris Saint-Germain and AC Milan, before embracing a successful retraining in the political world. Elected Senator for Monrovia, the capital, in 2014, he became President of the Republic of Liberia four years later, a position he still holds today. 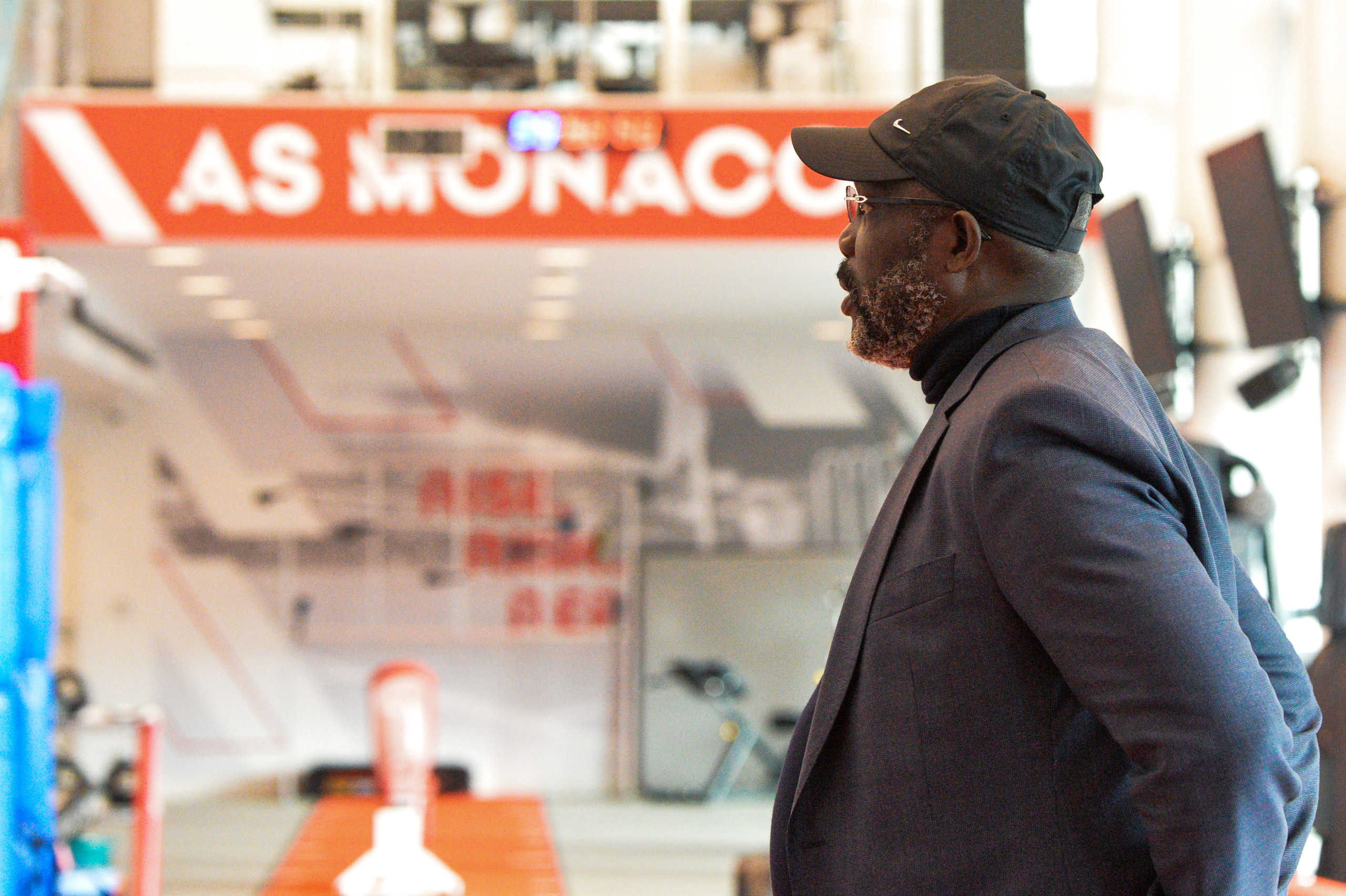