This is a new small step for Microsoft today in its race to buy Activision Blizzard King since Chile has just validated the acquisition without launching further investigations.

Chile validates the takeover of Activision by Microsoft from phase 1

It is therefore today that the FNE (Fiscalia National Economica) gave a new rather positive verdict for Microsoft. Indeed, the Chilean antitrust authority officially considers that the takeover of the Activision Blizzard group by Microsoft would not have a negative impact on competition in the video game sector vis-à-vis the Chilean public. One of the major arguments raised by the FNE concerns the very activity of the two American groups.

“These companies are active in the same segments: the development, publishing and distribution of video games; and at different levels, with Microsoft producing the Xbox console and other video game platforms, like Game Pass, so their businesses overlap both horizontally and vertically.

The Office of the Prosecutor considered that the transaction was not likely to significantly lessen competition taking into account, among other things, the habits and preferences of video game consumers in Chile.

As we explained to you recently in this article, the acquisition of ABK by Microsoft is a special case for the antitrust authorities because it involves companies operating globally in very similar sectors, this is called a vertical merger. While the authorities may have reservations about the impact of such a takeover on the business, as far as consumers are concerned, it is difficult to see a negative impact.

Concretely, the FNE therefore considers that this takeover would not be so significant for the South American public. First of all, according to the FNE survey, South American and especially Chilean players are not particularly fond of Activision Blizzard games. Then, the FNE explained that the revenue generated by Sony gamers in favor of ABK was significant enough for Microsoft to keep its word and continue to publish ABK games on competing platforms.

These arguments are clearly targeted and do not concern the entire Xbox audience, far from it, but it will be interesting to watch the conclusions of the next antitrust authorities around the world because the obstacle course is not over for the Redmond firm.

Lulu Cheng Meservey, Vice President of Corporate Affairs at Activision Blizzard, said the Chilean competition authority has joined “regulators in other countries who also recognized the benefits of the transaction for competition and players.” According to her, more approvals like this are expected as “other responsible regulators are looking at the facts.”

The hardest part is yet to come for Microsoft

Even if Chile is not necessarily a country that counts enormously in video games, it is nevertheless a new step for Microsoft that allows to end the end of the year on a slightly more positive note than the signals sent by the FTC in the United States in recent weeks.

As a reminder, the American antitrust organization was particularly hostile to the takeover and officially launched legal action to block the process initiated by Microsoft. The latter had quickly reacted by indicating that he would go to court to defend himself. Its president, Brad Smith, had also invited Sony to go to the negotiating table, showing some annoyance at Sony’s rejection of the various Microsoft proposals put on the table.

We continue to believe that this agreement will expand competition and create more opportunities for gamers and game developers. We have been committed since day one to addressing competition concerns, including offering proposed concessions to the FTC earlier this week. While we believed in giving peace a chance, we have complete confidence in our case and welcome the opportunity to present our case in court.

Be that as it may, the road is still long for Microsoft since we are still awaiting the return of two major global jurisdictions, the European Commission and the CMA in the United Kingdom.

To understand everything about this historic takeover and discover the upcoming calendar in 2023, we invite you to consult our complete file on the stakes of the Activision takeover for Microsoft. 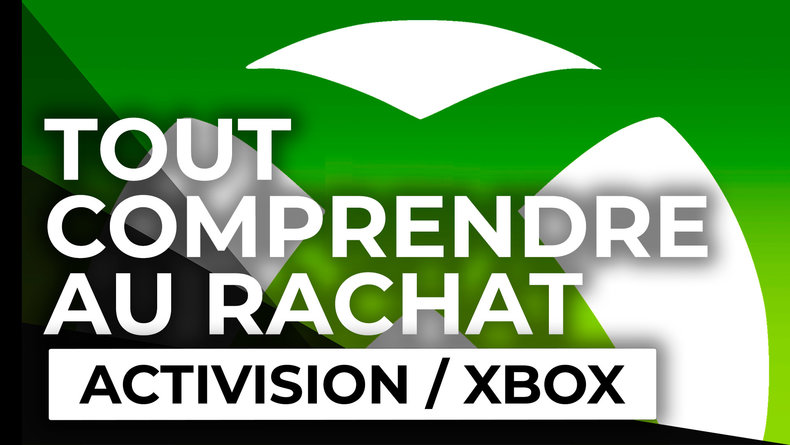