After dominating Africa, Tecno now wants to expand into theglobal market. The Chinese company launched its new range of Phantom X2 in Dubai on Wednesday, led by the Phantom X2 Prowhich will be sold from from 3,499 Saudi Riyals (about 890 euros excluding tax). The main feature of this phone is a
pop-up 50-megapixel portrait camera. It is the first smartphone released in the world to offer this feature.

In general, the Phantom X2 Pro’s portrait camera took very good photos, both day and night. We were satisfied with the clarity and sharpness of the images, but also with the natural bokeh effect created by the device. Many popular smartphones like the iPhone 14 can achieve this blurred background effect using their software and depth sensors. But Tecno’s Phantom X2 Pro gives you a real bokeh effect. That said, it doesn’t have a lot of extra tools and customization for portrait mode like theiPhone 14. What the X2 Pro has are a bunch of filters that we think of as ‘digital plastic surgery’ tools.

The Phantom X2 Pro from Tecno is a very chic device that will certainly attract attention. The model we received came in a bold orange color with a textured back which Tecno says is made up of recovered plastics on the coasts of the Indian Ocean. In fact, when we first laid eyes on the X2 Pro, we couldn’t help but let out a ‘wow’ at the device’s massive camera block.

Apart from his flashy design and its retractable camera, the Phantom X2 Pro has many features you would expect from a 2022 flagship, such as a 6.8-inch FHD+ screen, a processor Mediatek 9000solid cameras, a 45 watt fast charging and the 5G. Related to
Galaxy S22 from Samsung, this X2 Pro has faster charging (at least on paper) and the same screen resolution. But it doesn’t have a telephoto lens and uses a different chipset, which also held up in our benchmark tests. 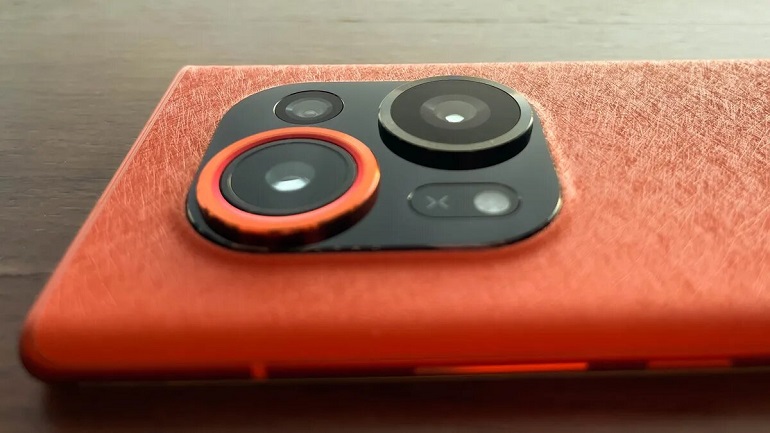 The Phantom X2 Pro’s photo block takes the form of a large black circle that houses the pop-out portrait camera, along with two other cameras. The portrait camera matters 50 megapixelsa focal length of 65mm and a large aperture (f/1.49).

In practice, the Phantom X2 Pro took wonderful portrait shots that made the subject pop and offered a natural bokeh effect, Day and night. The camera also has a shallow depth of field, allowing the subject to appear sharp against the background. You can also take portraits with the selfie camera.

But for all the emphasis Tecno has put on its portrait camera, it doesn’t really stand out against the competition in terms of image quality, although the natural bokeh effect is commendable. Additionally, there is a lack of manual controls, white balance controls, and fewer tools for portrait mode compared to the iPhone 14 and earlier iPhones. For example, the iPhone lets you change how light appears on your subject, which can give your photo a stylized look. 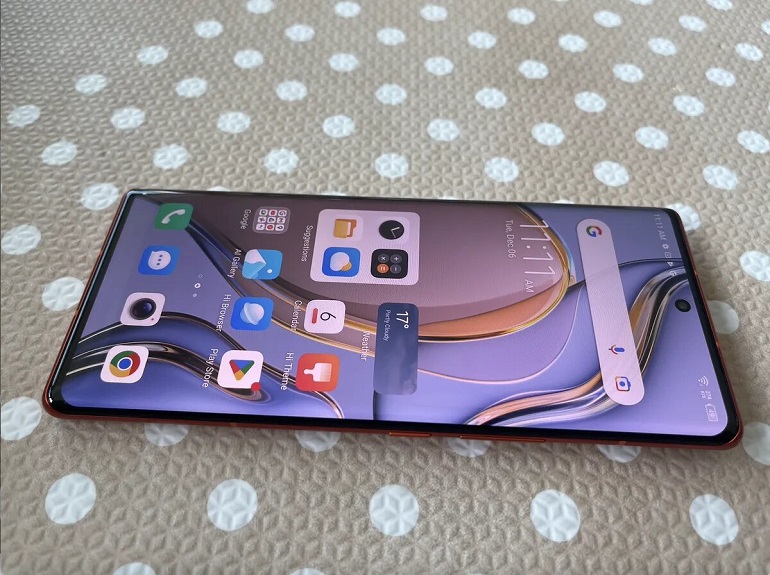 We’re concerned that the X2 Pro’s pop-up camera will compromise the device durability. After all, it doesn’t have an official IP rating for water and dust resistance. But Tecno claims that the retractable portrait lens is waterproof and dustproof, adding that the inside of the lens is sealed, as well as the connection between the lens and the body. That said, the Phantom X2 Pro isn’t the first retail phone to boast a pop-up camera, although it’s the first to feature one for portraiture. Several years ago, other Chinese smartphone makers like Oppo and Vivo introduced smartphones with a pop-up selfie camera (Vivo Nex and
Oppo Reno 2).

The X2 Pro’s 50-megapixel portrait camera comes with a 50 megapixel main camera and a 13-megapixel wide-angle lens. We were impressed with the clarity and sharpness of the photos (even when zoomed in), as well as the overall richness of the image. You can see the camera in action in the photos below. 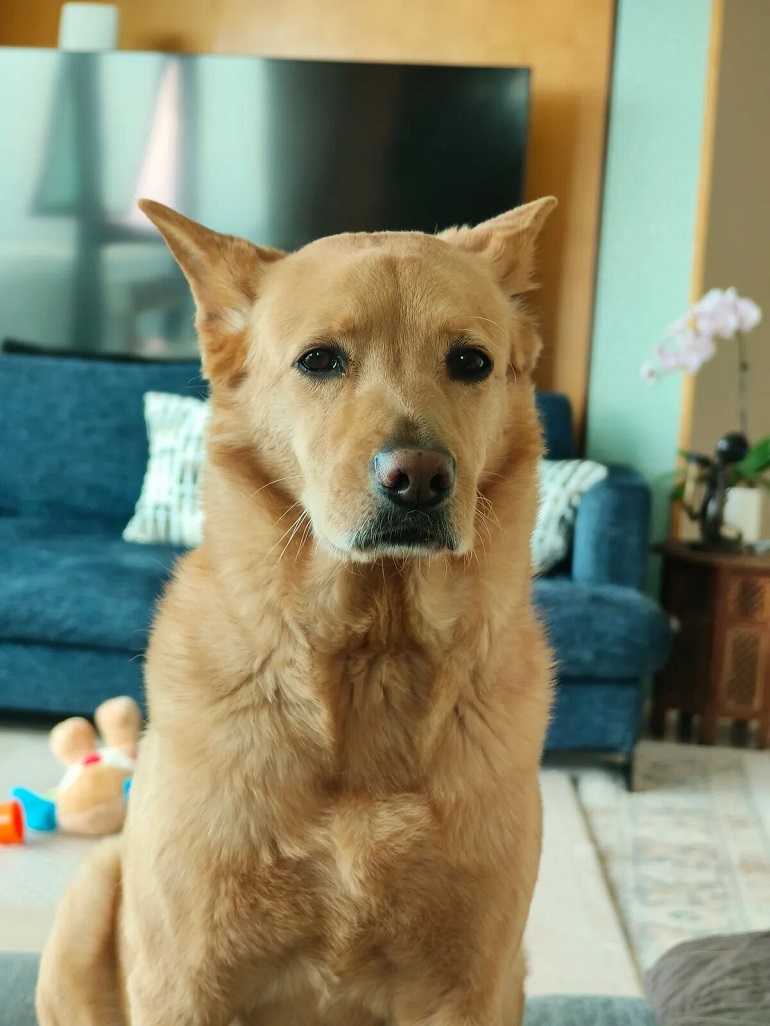 Taken in a bright room. The Phantom X2 Pro captured a richly colored image of Rocky, his fur, and the background. 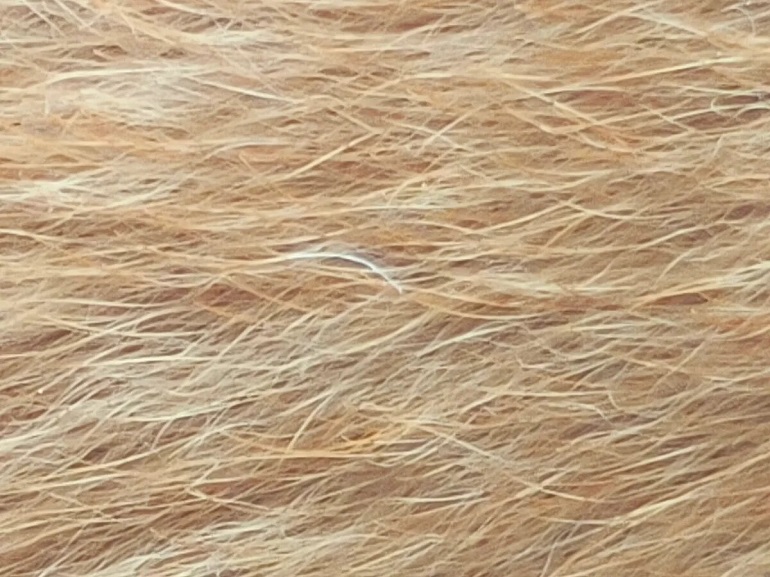 Zoom in on Rocky’s coat. The Phantom X2 Pro managed to capture strands of hair clearly. The device has a maximum digital zoom of x20. 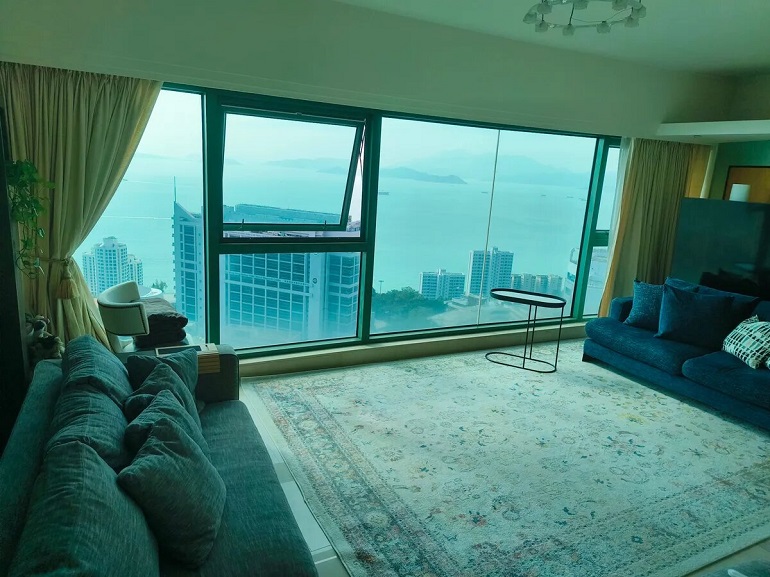 The Phantom X2 Pro managed to capture the indoor environment as well as the outdoor view clearly. It was a tricky shot for the camera to handle, as the sunlight was streaming in through the window. 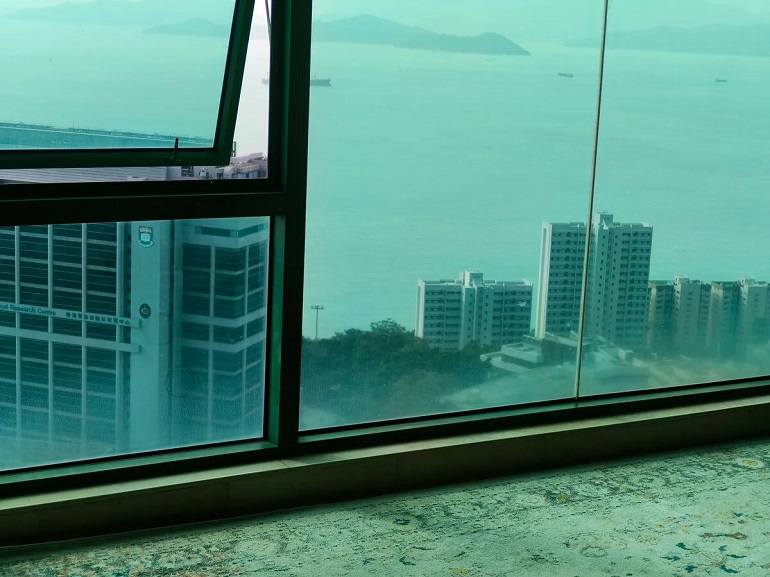 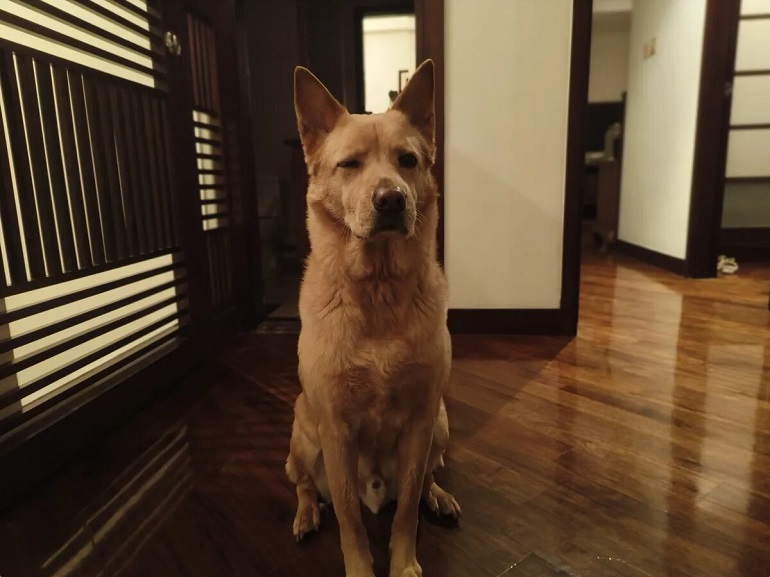 Apart from the dedicated portrait lens, the Phantom X2 Pro’s other major photographic feature (and not necessarily in a positive way) is its wide range ofediting options. There are plenty of filters to choose from to beautify selfies, but also a selection of “digital plastic surgery” options. You can slim down your waist, slim down your shoulders, etc.

On the panel below, you can digitally change your physical characteristics by choosing from the options given.

Overall, we’re impressed with the Phantom X2 Pro, Tecno’s first global flagship smartphone. Not only did it make smartphone history, but the device also has a bold design, crystal-clear display and solid cameras, including that pop-out portrait lens. Although it lacks some of the software features of its rivals, some will be able to console themselves with the natural bokeh effect offered by the phone.

The Phantom X2 Pro will launch in India, parts of Africa and the Middle East later this month, before a wider international release afterwards. It is not known for the moment if France is concerned.

To learn more about the Phantom X2 Pro, check out its features below: