Almost a year after its release, Rainbow Six Extraction continues to be supported by its developers although it seems that the players are no longer really there. After “Overflow”, “Nightmare Fog” and “Eclipse”, it is now up to the “After Effect” Crisis to sign its debut.

This new event is qualified as the most difficult that the agents have faced so far. Their mission will be to locate, recover and secure an extraterrestrial element called the “nucleus”.

The latter is intended to be both an asset, but also a handicap. Indeed, it grants the player carrying it the skill “Mark of Death”, which annihilates enemies by any source of damage when they have been marked.

Unfortunately, this is not without compensation since the more a player wears the nucleus, the more he sees his field of vision obstructed until making him completely blind. It is thus necessary to carry it in turn.

The mission ends when the agents are defeated, or when they manage to secure the nucleus in the container.

A new enemy and new rewards 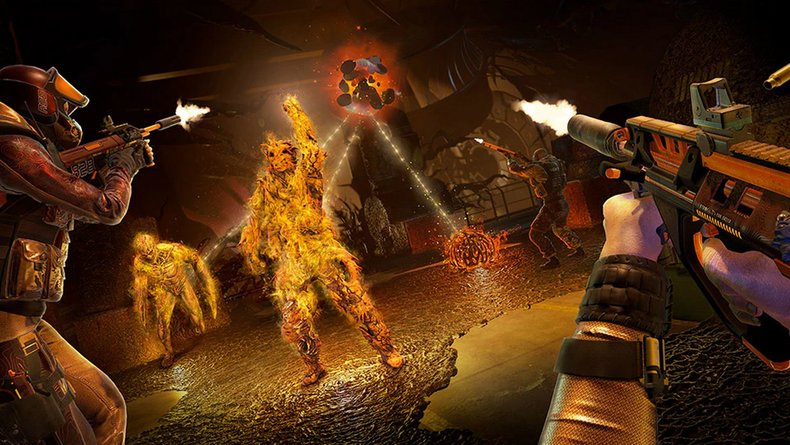 Who says new Crisis, says new enemy and new equipment. Thus, After Effect brings you to face “Finka Protéenne”. The latter having been corrupted by the Archeans, can be encountered once the “Portal” objective has been completed.

In an attempt to put an end to the Agents’ mission, she deploys Nexus Ganglia to boost the skills of nearby Archaeans, including her own.

However, Agents can take advantage of all-new unlockable gear to deal with it. The “REACT Repellent Harness” allows you to repel and annihilate nearby enemies. Also note that it is the only technology usable by an agent who carries the nucleus.

Completing the 4 new studies allows you to take advantage of this gadget, but also to obtain cosmetics to customize your agents.

After Effect is available today through November 17 on Xbox One, Xbox Series X|S, PlayStation 4, PlayStation 5, Stadia, and PC. The title is also included in the Xbox Game Passthe PC Game Pass and the Xbox Cloud Gaming.