The next series of Samsung Galaxy S23 smartphones should be formalized in early January 2023 and the Ultra version will obviously be there. It will carry a 200 megapixel sensor on its back which, according to the first tests, would be an extremely efficient module exceeding the quality obtained with other manufacturers.

The 200 megapixel photo sensor is manufactured by one of the image divisions of Samsung Electronics and also supplies other manufacturers, such as Motorola for its edge30 Ultra but also Xiaomi for its Xiaomi 12T Pro. Others should follow. But if the company delivers the sensors, then asks the manufacturer to integrate it and optimize the rendering. According to the first tests of the Motorola edge30 Ultra and the Xiaomi 12T Pro, it seems that the results are not quite up to expectations. For its next high-end smartphone, the Galaxy S23 Ultra, Samsung will also offer a 200 megapixel sensor. However, it will be another version, baptized HP2 that the company has reserved. The Motorola edge30 Ultra and Xiaomi 12T Pro have the HP1 version. Recall that the current Galaxy S22 Ultra embeds a 108 megapixel sensor which has enabled it to rise to the Huawei Mate 40 Proaccording to ranking established by the independent laboratory DxOMark.

The first results would be extraordinary

Ice Universe tipster @UniversIce on Twitter regularly posts messages claiming that the Samsung Galaxy S23 Ultra would take extraordinary photos. This would be possible in particular thanks to its impressive number of pixels, but also to an unparalleled analytical power. The result would be that it would be the best 200 megapixel sensor on the board and that it would already be very well optimized, well before its commercial release while other manufacturers are still making updates while the product is already available to try to make the most of it. Samsung’s Galaxy S23 Ultra would thus be able to capture significantly better night photos compared to the previous generation and video performance would be considerably improved. The tipster even claims that this is the most significant advance for 5 years. 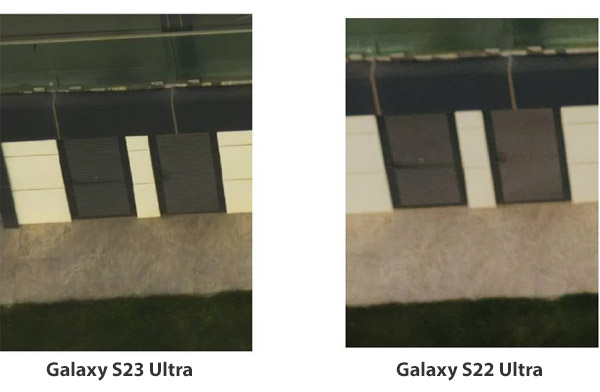 At the same time, Samsung would also have worked on the astrophotography mode announced half-word for the Galaxy S22 Ultra and recently deployed. Also, it looks like the zoom levels are identical to those offered on the Galaxy S22 Ultra but benefit from better color reproduction. The mobile is expected to be powered by a Qualcomm Snapdragon 8 Gen 2 processor with a 6.8-inch AMOLED display and a 5000mAh battery, like the Galaxy S22 Ultra. It remains to know precisely the other technical details.