A serious competitor to the Sony WH-1000XM5, the latest generation of Sennheiser’s flagship headset has changed a lot. The Momentum 3 Wireless has always had quite a distinct look that’s both retro and modern. For better or for worse, all that is now gone, and the new Momentum 4 Wireless adopts a look that’s a little more discreet and also closer to what is done with other manufacturers.

Available in two colors, white or black, the latest from the German firm is available in stores for the sum of €349, or €50 less than the 1000XM5. We had the opportunity to play with it for a good week and really enjoyed the listening experience. But let’s start at the beginning, since this new model introduces quite a few design changes.

Design: pivots but no longer bends

A new look for a new generation. This year the Momentum opts for a design clearly inspired by the Bose NC HP 700, but especially the Sony WH-1000XM5 which reigns supreme in its market segment. The influence of the first can be seen on the transport case provided in particular, very similar and quite imposing.

The headset itself is more reminiscent of its competitor from Sony. The ear cups are similar in size to those of the Sony 1000XM5 and, thanks to their memory foam cushions, the headphones are quite comfortable, if less so than its Japanese competitor. The latter weighs 250 grams, while the Sennheiser weighs 293 grams. The padded headband is comfortable and doesn’t overly hug the head with balanced pressure points.

The main design complaint we had with the Momentum 3 Wireless (2019 release) was that the ear cups didn’t swivel flat. The Momentum 4 Wireless now swivels (and in both directions which is nice when you wear it around your neck), however it no longer folds which makes it more cumbersome when you slip it into a bag to transport it. 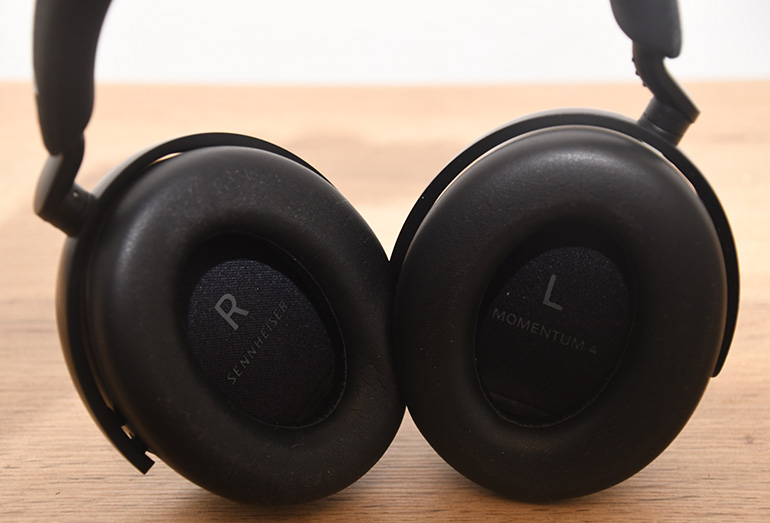 This time, Sennheiser opted for a system of touch controls similar to that of Sony and Bose. It’s a system that has proven itself but Sennheiser is a beginner in this area and it shows because the controls are sometimes recalcitrant. We thus find ourselves having to repeat our gesture quite regularly for it to be taken into account. The brand still has room for improvement on this point.

The Momentum 4 Wireless outperforms the Momentum 3 Wireless in every respect, although the biggest gains are in noise reduction and voice call performance, as well as battery life which is remarkable , with up to 60 hours at moderate volume levels and with noise reduction. And according to our tests, the promise is well kept. 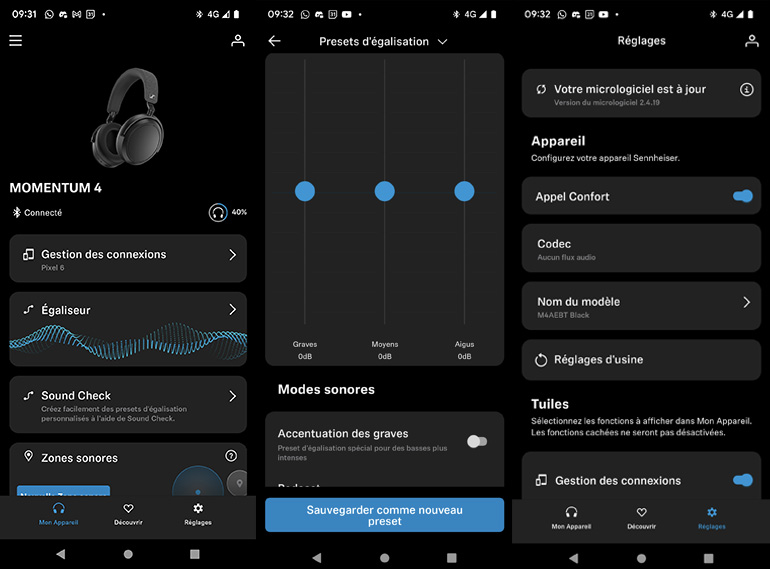 The noise reduction does not cause hiss, it is very clean and does not distort the sound too much but remains a little below the Bose QC45 and Sony WH-1000XM5. There’s also the usual transparency mode that lets ambient sound through and the ability to create a custom sound profile in the Smart Control app for iOS and Android using the built-in equalizer, sound modes or a new personalization feature. sound that “evaluates the user’s listening preferences and adjusts the listening experience to suit their tastes.” However, this requires the opening of a Sennheiser account, too bad. In addition, the application is largely perfectible, it is not possible for example to customize the controls and the equalizer has only 3 bands.

Also, we liked how the headphones automatically turn on when you pick them up and put them on. It also automatically turns off after 15 minutes if you stop using it. Finally, the headset also offers multipoint Bluetooth pairing (it uses Bluetooth 5.2), which allows you to pair two devices simultaneously, such as a smartphone and a PC. 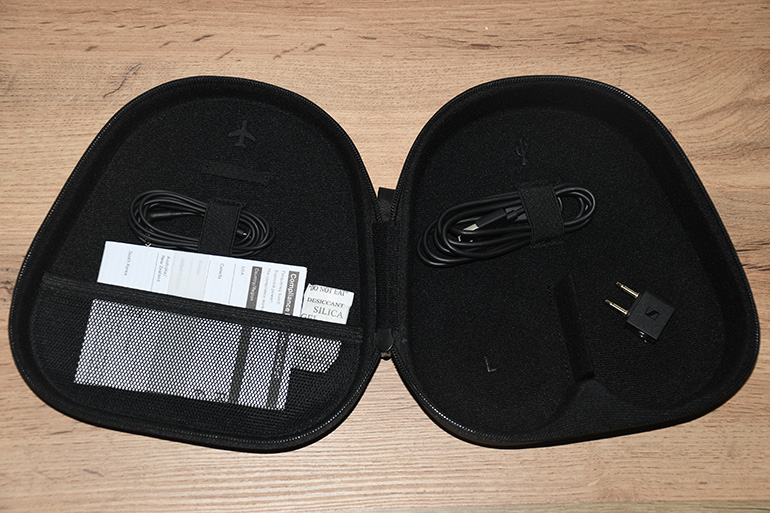 In the event of battery failure (with such autonomy, one can sometimes forget that the device must also be recharged from time to time), it is also possible to use the headphones passively with a mini jack cable. But this is indeed troubleshooting because the audio quality will be quite poor under these conditions. Finally, if the latency level is satisfactory in aptX, it is significantly higher in SBC so that a lag will be noticeable on YouTube or Netflix videos on smartphones despite the automatic latency compensation. This does not necessarily prevent the playback of videos on smartphones, however this signal delay becomes more problematic on PC.

Better sound than others?

Equipped with 42 mm drivers offering a very wide frequency range, especially in the low range (from 6 to 22000 Hz), Sennheiser claims that the Momentum 4 Wireless offers “the best sound” of its category, which is debatable, of course. The sound quality of the Momentum 4 is in any case at a level close to that of other models in this price range – that is to say, it is excellent, with a good level of bass (even if they drool slightly at times), and smooth highs that bring out some of the finer details of well-recorded tracks. It is a pleasure to listen to it. However, it doesn’t seem to us to beat the competition on the audio side. 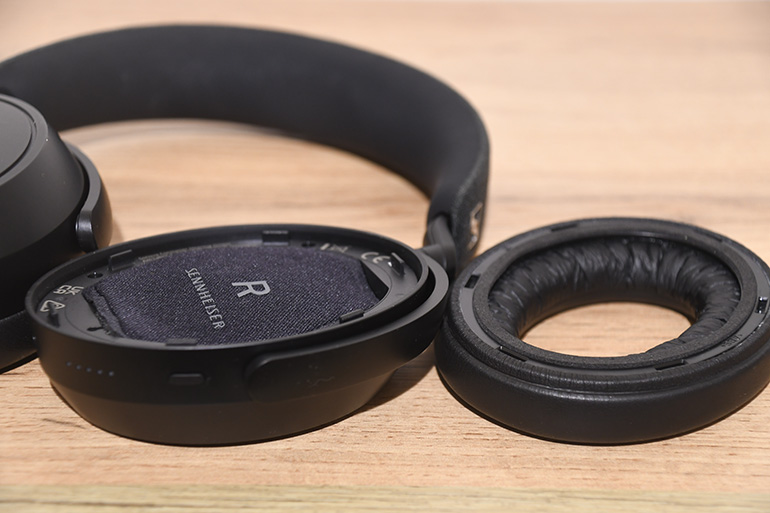 We had some difficulty connecting our test sample to our iPhone 13 Pro, so we mainly used Android smartphones compatible with the aptX Adaptive codec for wireless streaming of high-definition songs from the Qobuz music streaming service. In theory, this configuration provides an optimal listening experience. (In addition to aptX Adaptive, it supports AAC and SBC). And indeed, these Qualcomm codecs work quite well, bringing a small gain in quality and noticeable clarity but at the cost of lower battery life.

The dynamics of the headphones are quite good, which allows them to finely transcribe the nuances of volume. The device itself does not generate any breath elsewhere and the stage is quite wide with a good separation of the instruments. Small flat, despite the bass being a little more present, the audio signature seemed a little bland, a little flat, leaving an impression similar to a monitoring headset, that is to say that the sound is detailed but that it it lacks the little coloring that sometimes makes it possible to sublimate the pieces. 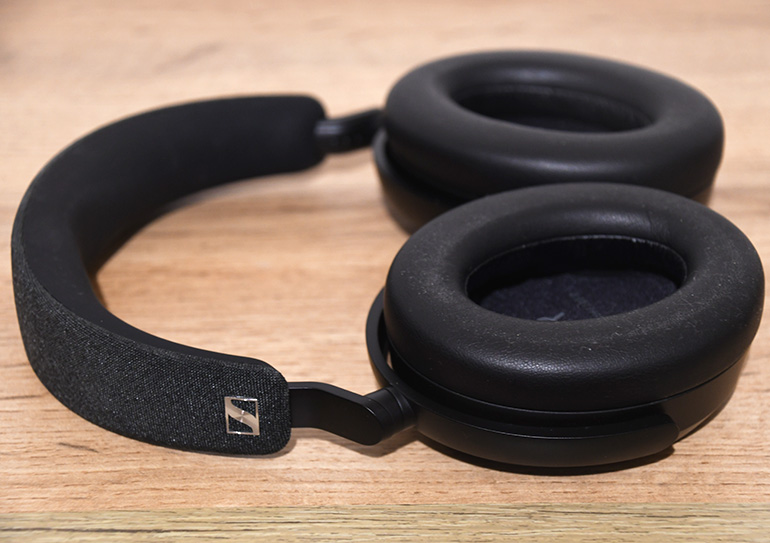 For voice calls it has two microphones on each ear cup and active noise canceling has been vastly improved to at least rise to the same range as Sony and Bose’s noise canceling, although perhaps not quite done at their level (the Momentum 3 Wireless was noticeably less good in this area).

We still have a slight preference for the Sony WH-1000XM5, which is more successful on certain points such as controls or active noise reduction and advanced functions in the application. However, the Sennheiser may appeal more to fans of audio fidelity because the Sony delivers a warmer, bassier and softer sound.

The Apple AirPods Max also has our preference, as it offers a significant peak of presence and brilliant highs for a more energetic rendering. Otherwise, the Bose QC45 can also be an interesting option but it lacks some advanced functions and compatibility with a high quality codec.

While some people may be a little disappointed that its design has gotten a little too plain and less distinctive, the Sennheiser Momentum 4 Wireless basically ticks all the boxes of what you’d expect from a high-end noise-cancelling headset from a noise-cancelling perspective. comfort, features and performance. And even if it does not necessarily offer better sound than its direct competitors and certain elements such as the control system can be improved, it is also sold 50 to 100€ cheaper. A significant advantage. We will see how its price evolves along the way, but if it were to drop this quality/price ratio could make it a more interesting helmet than the competition.