Discover four successful returns and exits from migratory journeys thanks to positive support from the OFII for their economic and social reintegration through the creation of businesses in their native country.

Ismaila moved to Germany in 1994 to fulfill his dream as a young footballer. Following an injury, he converted to advertising and digital printing. Ismaila trained in graphic design in Germany and worked for over 15 years in this industry.

On the strength of his achievements, he decided to return to Senegal in 2020, to create his company “Global Print” and share his experience with young people wishing to undertake in this sector.

Eligible for reintegration assistance from the OFII, the OFII/GIZ agreement, since July 2022 he has benefited from a subsidy and technical support for the development of his business.

Based in Guédiawaye, Ismaila has two equipped premises, one of which serves as an office and the other as a technical unit for the production of media (graphic creation, design, photography, printing).

He recruited 5 employees, 2 of whom were on an apprenticeship. In addition to job creation, Ismaila trains young people. Very satisfied with the activities carried out since his return, Mr. FAYE is enthusiastic and does not regret his choice.

Ms. MBODJI, a native of the Kédougou region, stopped her studies in primary school to follow a course in sewing. After a few months without satisfactory progress, she turned to catering and worked as an assistant cook in Dakar.

After 2 years of work in this profession for which she feels a real passion, she went to France in 2005 in search of better opportunities.

She then worked in African and French restaurants in Paris, before landing a job at the Senegalese embassy in France. With these experiences, she develops skills and acquires new culinary practices.

She decides to return to Senegal at the end of 2020 and aims to set up a restaurant offering African and French dishes in order to continue to earn a living by living from her passion.

Accompanied by the OFII, she goes to the funding committee in February 2021 and obtains a grant for the realization of her project. 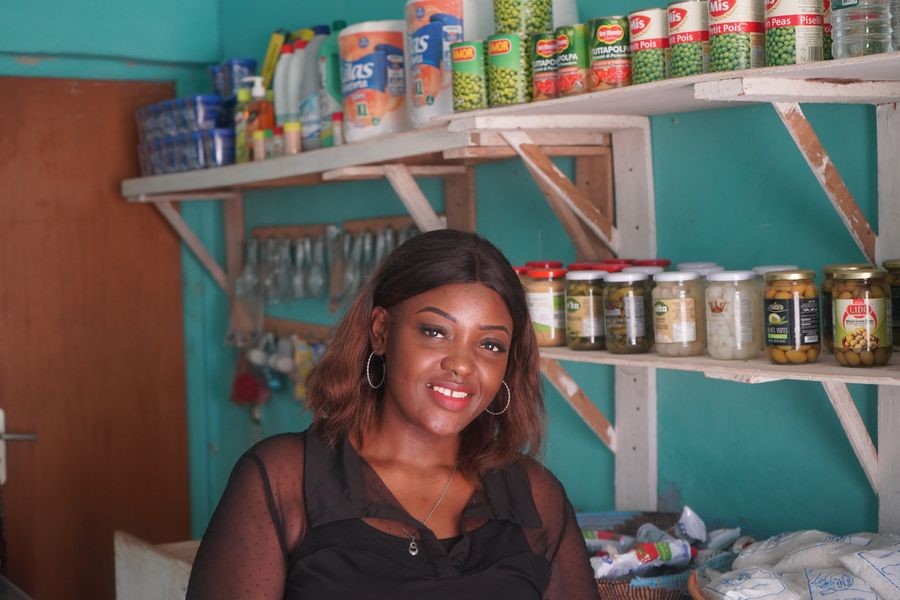 She starts her prospecting and finds a place near her home to set up her restaurant. But following some difficulties with the neighborhood and its lessor, it decides to change the project but always with the support of the OFII and starts the marketing of spices and various products in the form of a mini-market in Mbao with the support of his sister. At the same time, she is launching an online clothing business called “SEN Yobal Market” and plans to rent a store in the vicinity of Mbao and sell local and imported fabrics and clothes.

Mrs. MBODJI hopes to succeed in her reintegration with these 2 activities.

Before leaving for Europe, Aliou KA had 5 years of experience in sewing. After that, he went into the business of clothing and accessories in Senegal. Thereafter he will be recruited as a driver.

It was in 2013 that he went to Germany for the first time. After various stays, Mr. KA worked in bag factories and newspaper production companies.

In September 2021, he decides to return permanently to Senegal and is accompanied for his reintegration within the framework of the pilot action of the ERRIN program. He aims to set up a hardware store project in Thiès, his region of origin.

KA goes to committee in April 2022 and obtains a joint grant from the OFII-GIZ agreement and the Care/Taker project for the establishment of a hardware store in Thiès.

He carries out a successful prospecting and finds a good location on He receives 70% of his GIZ subsidy and actually starts his activities in June 2022. He establishes a partnership with a tricycle driver for the delivery of products to customers who want them.

With the second subsidies, he plans to open a money transfer point with current operators.

Mr KA is encouraged and supported by his family. He wants to expand his business.

Mamadou DIENG, holder of a Master’s degree in sociology, was a lecturer at Cheikh Anta DIOP University. He also had a private practice to support young people and migrants returning to Senegal with training in personal development and the development of business plans.

It was in 2005 that he went to France to continue his studies with a doctorate. Having been unable to defend his thesis, he finally turned to odd jobs in security, catering and surveillance.

After 14 years in France without a stable job, he decided to return to set up a business in his home town. He then seeks the help of the OFII for a voluntary return.

Upon his arrival, Mr. DIENG concentrated on the project he wanted to set up for his reintegration: a fast-food restaurant in Rufisque.

After the agreement of the OFII financing committee, his project is validated. With his own funds, he set up a store located opposite the canal in Rufisque and acquired the machinery for operation. With its first installment of 70%, it strengthens the equipment and ensures the necessary supply for its working capital. 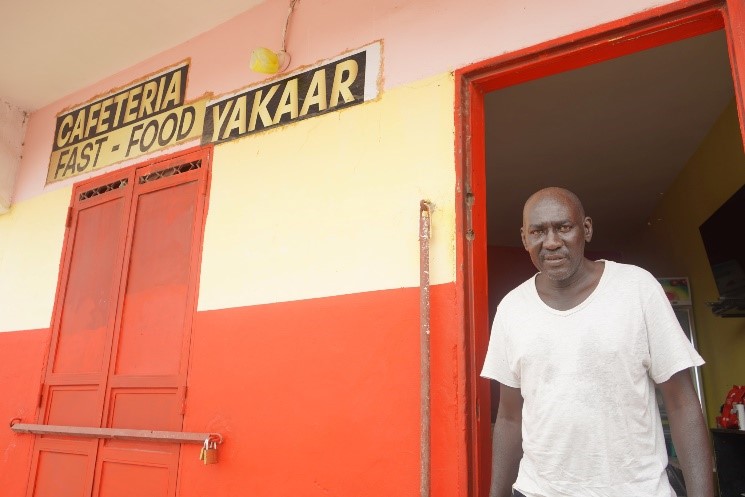 He opens his restaurant “Yakaar” and works with his daughter for the management of the restaurant and an employee in charge of the preparation.

After a promising start, he wants to develop his personal development training activities again. He is counting on support via the connection by the OFII and his personal network to definitively succeed in his reintegration and contribute to the development of young people.