The Callisto Protocol is available since yesterday and seems to delight the majority of horror game lovers. If the title obviously has many qualities, it stands out above all for its graphic aspect and its screaming faces of realism. Unfortunately, performance isn’t always there, and that’s especially the case on Xbox Series X, as evidenced by Digital Foundry’s analysis.

Whether on PS5 or Xbox Series X, The Callisto Protocol offers two graphics modes. The first focuses on image quality with a framerate of 30 FPS, while the second promises increased fluidity with 60 FPS, but a much lower image quality.

In its quality mode, the game impresses with its handling of light and reflections. This is mainly true for the PS5 version which offers shadows as well as ray tracing reflections.

The Xbox Series X only offers ray-traced shadows, and lacks dynamic reflections, as can be seen in the image above. This particularly impacts mirrors, windows and other puddles of water. 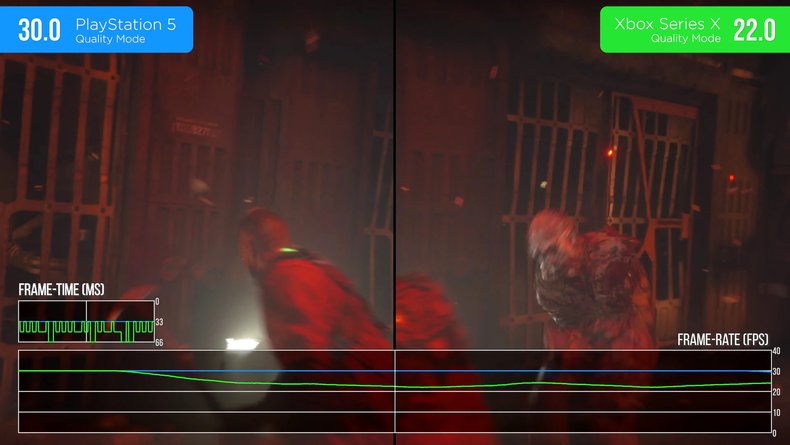 In addition to offering visual advantages, the PS5 offers a generally more stable framerate than Microsoft’s console in its quality mode. Experts point out that the Xbox Series X is more prone to slowdowns. Even if in general, the game remains playable, the intense scenes cause more significant framerate drops on the Microsoft console.

The performance mode offers a more stable and comparable experience on both machines. Drops below 60 FPS are less frequent and are also less penalizing if you have a VRR compatible screen.

No ray tracing or 60 FPS on Xbox Series S 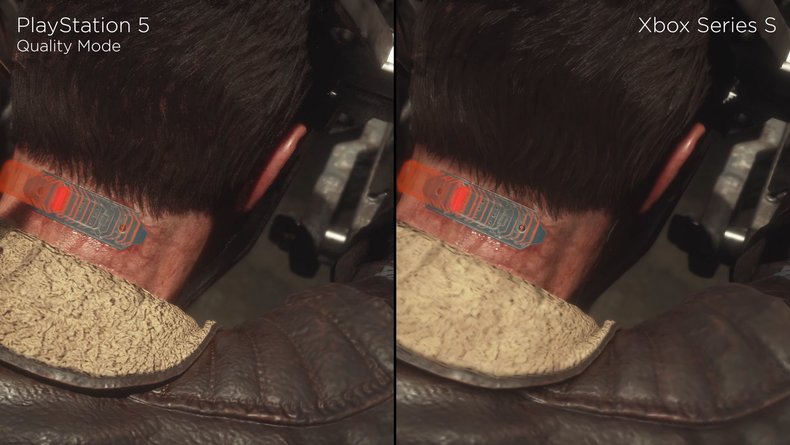 For its part, the Xbox Series S does not offer a performance mode at 60 FPS; it is only possible to enjoy the game at 30 FPS and ray tracing effects are absent. In addition to a lower resolution (dynamic 1080p), it also offers lower quality textures.

In general, the PS5 version has certain advantages over Microsoft’s consoles, and more specifically the Xbox Series X. This is no doubt explained by the fact that several PlayStation studios came to lend a hand to Striking Distance Studios during development. , and we hope that updates will come to rectify the situation for Xbox players.

The Callisto Protocol remains an impressive title visually as well as on its sound part. If you want to learn more about it, our complete test of the game is already available. Remember that the game was released on Xbox Series X | S, PlayStation 5 and PC, but also on Xbox One and PS4.