Dacia is launching an Extreme version with a more powerful engine, the Electric 65.

The Spring is a great commercial success. The Romanian manufacturer’s first electric car, under the Renault flag, was the second best-selling electric model in France in 2022. Building on this success, the brand low-cost is launching a new version of its electric city car, a new “Extreme” finish with a more powerful motor. Unveiled at the Brussels show, the latter is supposed to oversee the range and replace the Expression version.

Aesthetically, the upgrades are pretty slim: a new slate blue color and custom door sills, essentially. The Extreme version also highlights the brand’s new logo with a copper paint that is also found on other elements outside and inside the car. But the interest of this new Spring is not really aesthetic, it is technical. Indeed, the traditional restyling stage was not planned before 2024, but Dacia did not want to wait before introducing this new version in its catalog.

Where the new Spring knows its most important evolution, it is on the side of the engine. This gains in power, from 33 to 48 kW, or from 45 to 65 hp. This new engine is associated with a reducer cut for this Spring Extreme, whose objective is to increase the torque transmitted to the wheels. As a result, the new Spring should have a slightly more dynamic behavior, especially during its acceleration and recovery phases. 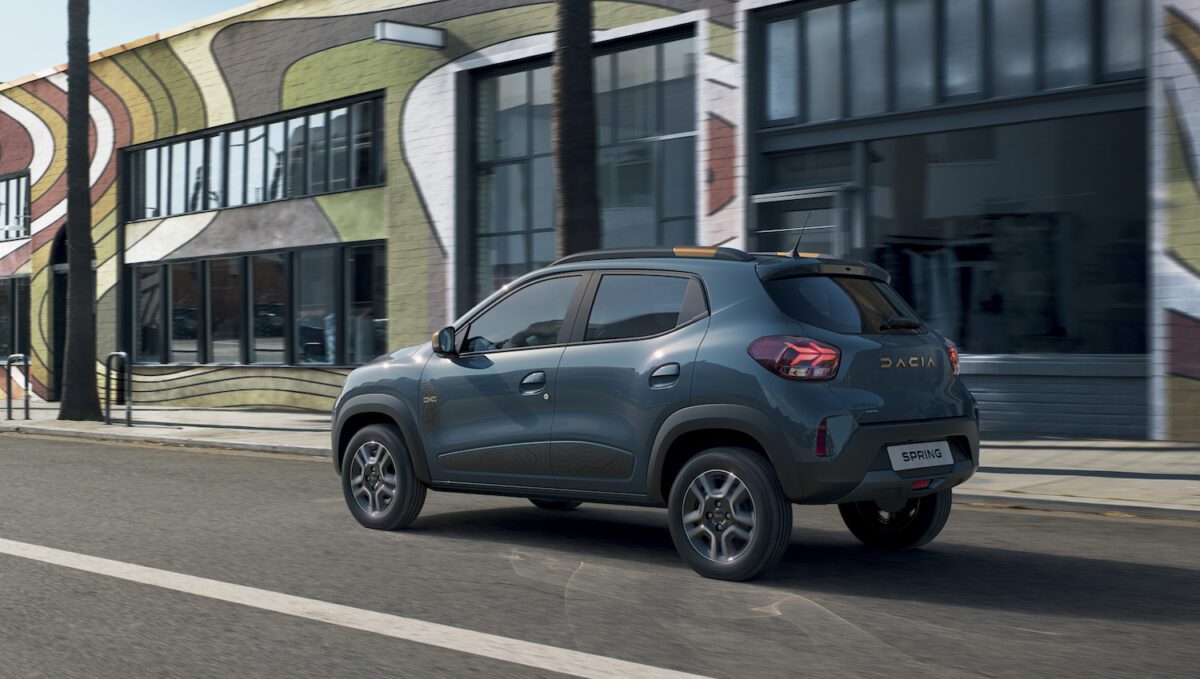 This change is surprising in more ways than one. By its precocity, but also by its nature. Indeed, the few criticisms against the Spring were not aimed at its lack of power. A 45 hp electric city car is nothing to be ashamed of in itself. On the other hand, it is an evolution on the side of the battery and a better autonomy which were more expected. To this, Dacia responds with the statistics of its users. The average mileage of a Spring owner would be 31 km per day. Even when purchased as a second household car, Dacia’s city car is used as the main means of transport by 90% of its users. These data allow the manufacturer to ensure that the range of 220 km (WLTP) is sufficient for the vast majority of uses, which would partly explain why it does not change on this new version.

The new Dacia Spring Extreme will be available to order from January 17. Its price is 22,300 euros, which is an increase of 200 euros compared to the price of the Expression version it replaces. On the other hand, this new finish has more standard equipment with navigation on a 7-inch touch screen, electric mirrors and even a reversing camera. As for the rest of the range, it does not evolve, the cheapest version of the Spring still being the Essential, from 20,800 euros.