The ongoing slump in the memory market is expected to propel TSMC in first place in the ranking of semiconductor manufacturers at 3e quarter, relegating Samsung to 2e rank and Intel at 3e rank, according to IC Insights. In August, the American research firm cut its growth forecast for the global integrated circuit market for 2022 from 11% to 7%, mainly because of memories.

With the memory market currently in freefall, IC Insights expects foundry giant TSMC to overtake Samsung and take the top spot in the semiconductor company sales rankings at 3e trimester. Intel is expected to slip to third place in the rankings with sales at 3e quarter 26% lower than TSMC.

Real “final” weight of TSMC: 25% of the semiconductor market!

Illustrating the speed of TSMC’s rise to the top, TSMC was ranked the world’s third-largest semiconductor supplier in 2021 with sales 31% lower than Samsung. But for IC Insights, the sheer scale of TSMC’s semiconductor sales is further highlighted when considering the company’s “end” sales. The “final” turnover for a founder like TSMC is around twice its total turnover, estimates the research firm. The 2x multiplier reflects the amount of semiconductor sales sold to the end customer (ie the producer of electronic systems). For example, AMD purchases processors from TSMC, but AMD is not the end user of those components. AMD resells these processors to manufacturers of electronic systems at a price much higher than what it paid TSMC to manufacture them. As a result, a 2x multiplier, which assumes a 50% gross margin for foundry customers (e.g. AMD), can be used to arrive at a “final” sales figure in the semiconductor market for TSMC, estimates IC Insights.

According to IC Insights, TSMC’s revenue would have to be doubled to reflect its real weight in the semiconductor industry

The downward revision of the global integrated circuit market growth for 2022 from 11% to 7% is almost entirely due to the collapse of the memory market in the second half of 2022.” It was as if someone had “flipped a switch” off for the memory market starting in June! », points out IC Insights. The few memory makers that have made statements on recent memory market developments attributed the rapid slowdown to a massive inventory adjustment currently underway by their customers. Additionally, most expect this period of inventory adjustment to last at least until early 2023.

The following statements and data from a few of the memory vendors provide insight into how quickly the market has changed over the past two months. 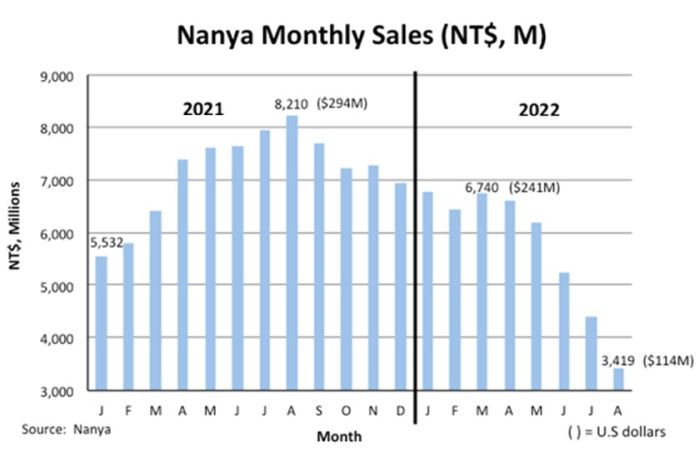