It was during the WSJ Tech Live event in California that Phil Spencer, boss of Xbox, took part in a 30-minute interview to explain Microsoft’s vision of video games. Obviously, it was about the Xbox Game Pass.

The question often comes up on the carpet, and Phil Spencer answers it again today. Yes, Xbox Game Pass is a profitable service for Microsoft.

This therefore means that the income generated by the Xbox Game Pass is therefore greater than the expenses to make it work. We obviously do not know the calculations made, but it should be remembered that several sources of income are generated by Microsoft’s subscription service.

It’s otherwise hard to quantify, but Xbox Game Pass subscribers are also consuming more games in general, beyond the service. Bringing a consumer into the Xbox ecosystem via the attractive Game Pass offer also allows Microsoft to generate ancillary revenue that might not have been generated otherwise.

While we continue to cover information related to the takeover of Activision Blizzard by Microsoft, we have also learned, via the Brazilian authorities, that the Xbox Game Pass generated 2.9 billion in revenue in 2021, or 18% of the Microsoft gaming. That’s over $240 million in revenue per month.

Today at the microphone of WSJ Tech Live, Phil Spencer estimates that the Game Pass will continue to generate “between 10% and 15%” of revenue and that it is profitable today. According to statements collected by The VergePhil Spencer doesn’t think it will go much beyond that. “We don’t think the future will be 50% or 70% of subscription revenue” 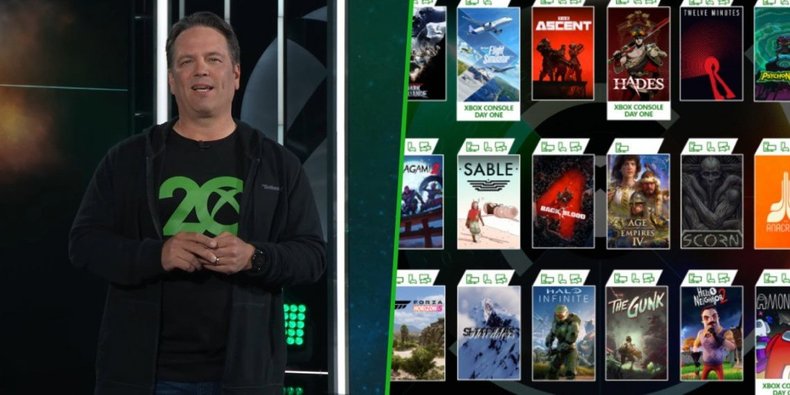 Phil Spencer points out that 15% of Gaming revenue may not seem like much, but at the same time, it continues to increase. In value, the Xbox Game Pass will therefore continue to bring in more.

And yet, the service no longer seems to attract as many people as before. Xbox boss says PC Game Pass growth is very strong (159%, see our article), but the console subscription slows down. Why ? According to Phil Spencer, it is simply because “at some point you’ve reached everyone who wants to subscribe on console”.

Be careful, because slowing down does not mean that the number of subscribers is not progressing. It’s just that it’s rising slower than before, even though it’s still growing. The future will certainly be played out around the PC Game Pass and the Xbox Game Pass Ultimate to reach players on PC and mobile. This is where the real pool of customers is.